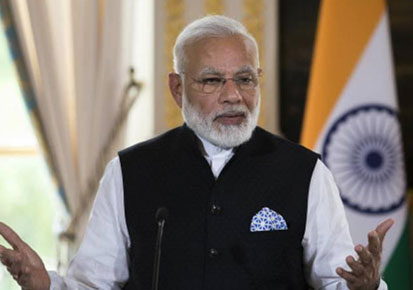 New Delhi: The Prime Minister, Shri Narendra Modi has saluted all the women and men who took part in the Quit India movement, on the 75th anniversary. The Prime Minister has also urged people to take pledge for creating a 'New India' by 2022.
“On the 75th anniversary of the historic Quit India movement, we salute all the great women & men who took part in the movement.
Under the leadership of Mahatma Gandhi, the entire nation came together with the aim of attaining freedom.
In 1942, the need of the hour was to free India from colonialism. Today, 75 years later the issues are different.
Let us pledge to free India from poverty, dirt, corruption, terrorism, casteism, communalism & create a 'New India' of our dreams by 2022.
Let us work shoulder to shoulder to create the India that our freedom fighters would be proud of. #SankalpSeSiddhi”, the Prime Minister said.