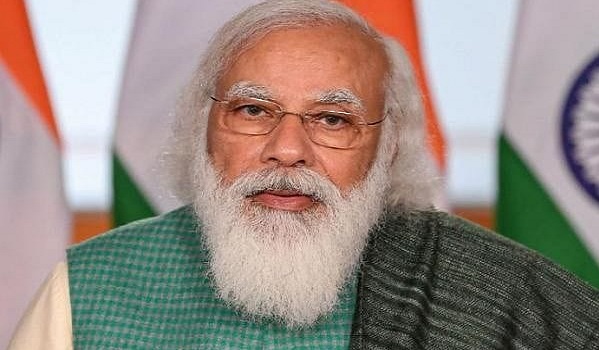 Guwahati: Expressing concern over the probable electricity crisis due to the shortage of coal supply to various power plants in the coming days, a northeast Bharat-based graduate engineers’ forum advocates for a long-term strategy to overcome the crisis focusing on non-fossil fuel power (renewable energy) projects. All Assam Engineer’s Association (AAEA), in a statement, bats for the household solar power generation (for own consumption) across the country.

The forum specially urged Prime Minister Narendra Modi to take personal interest in encouraging the scientists to develop more efficient energy store-houses (read batteries) as a national mission to overcome the crisis forever. As the electricity cannot be warehoused after production for future use, a scientific arrangement for preserving the energy for a longer period should be developed, argued the AAEA adding that it would  solve the power crisis not for one billion-plus Indians alone, but the entire human race.

Mentionable is that the Union government has lately initiated serious discussions on the impending emergency as the festive season just starts across the populous country. Some higher energy consumed States like Maharashtra, Gujarat, Rajasthan, Punjab, Delhi, Odisha, Andhra Pradesh, Tamil Nadu, etc are identified as to be severely affected by the crisis, where the concerned authority urged the consumers  to the electricity judiciously.

According to the central electricity authority of India, around 75% of the country’s 135 coal-fired power plants are in serious trouble because of the lesser supply of coal from the mines for a number of reasons. The country’s government-run coal producer, Coal India Limited, assumes that the demand for electricity is rapidly increasing with near normal household and other economic activities after the corona-lockdown.

Thermal coal is accountable for nearly 70% of Bharat’s electricity generation. The country has to import a large volume of ‘black gold’ from Indonesia, South Africa, Russia, Australia, Colombia, Kazakhstan, Mozambique, etc. Though India has a large coal reserve, its heating quality is relatively low and hence the country emerges as the world’s third-largest coal importer. However, the government now seeks to cut coal imports steadily.

“The electricity produced by coal-fired projects is always expensive and it will increase further along with the environmental impacts. Hence the government should consider gradually decreasing the use of coal & gas (for moving turbines to finally generate electricity) and starts activating the other means of power generations,” said AAEA president Er Kailash Sarma adding that the price of renewable energy like solar or wind power is going to be cheaper in the coming days. By Er Nava Jyoti Thakuria

New Delhi: Prime Minister Shri Narendra Modi will interact with CEOs and Experts of the Global Oil and Gas Sector on 20th October 2021 at 6 PM via video conferencing. This is the sixth such annual interaction which began in 2016 and marks the participation of global leaders in the oil and gas sector
Posted Date :  19-10-21

New Delhi: Prime Minister Narendra Modi today will deliver a video address at an event organized by the Defence Ministry, to dedicate the seven new Defence Companies to the Nation on the occasion of Vijayadashami. Defence Minister, MoS Defence, and representatives from the Defence industry asso
Posted Date :  15-10-21

Guwahati: Expressing concern over the probable electricity crisis due to the shortage of coal supply to various power plants in the coming days, a northeast Bharat-based graduate engineers’ forum advocates for a long-term strategy to overcome the crisis focusing on non-fossil fuel power (renew
Posted Date :  13-10-21

Govt's approach to space reforms is based on 4 pillars; launched Indian Space Association

Rishikesh: The Prime Minister, Shri Narendra Modi, dedicated 35 Pressure Swing Adsorption (PSA) Oxygen Plants established under PM CARES, across 35 States and Union Territories, in an event held at AIIMS Rishikesh, Uttarakhand today. With this, all districts of the country will now have commissioned
Posted Date :  07-10-21

New Delhi: Prime Minister Shri Narendra Modi will dedicate to the nation 35 Pressure Swing Adsorption (PSA) Oxygen Plants established under PM CARES, across 35 States and Union Territories, in an event to be held at AIIMS Rishikesh, Uttarakhand on 7th October, 2021 at 11 AM. With this, all districts
Posted Date :  06-10-21