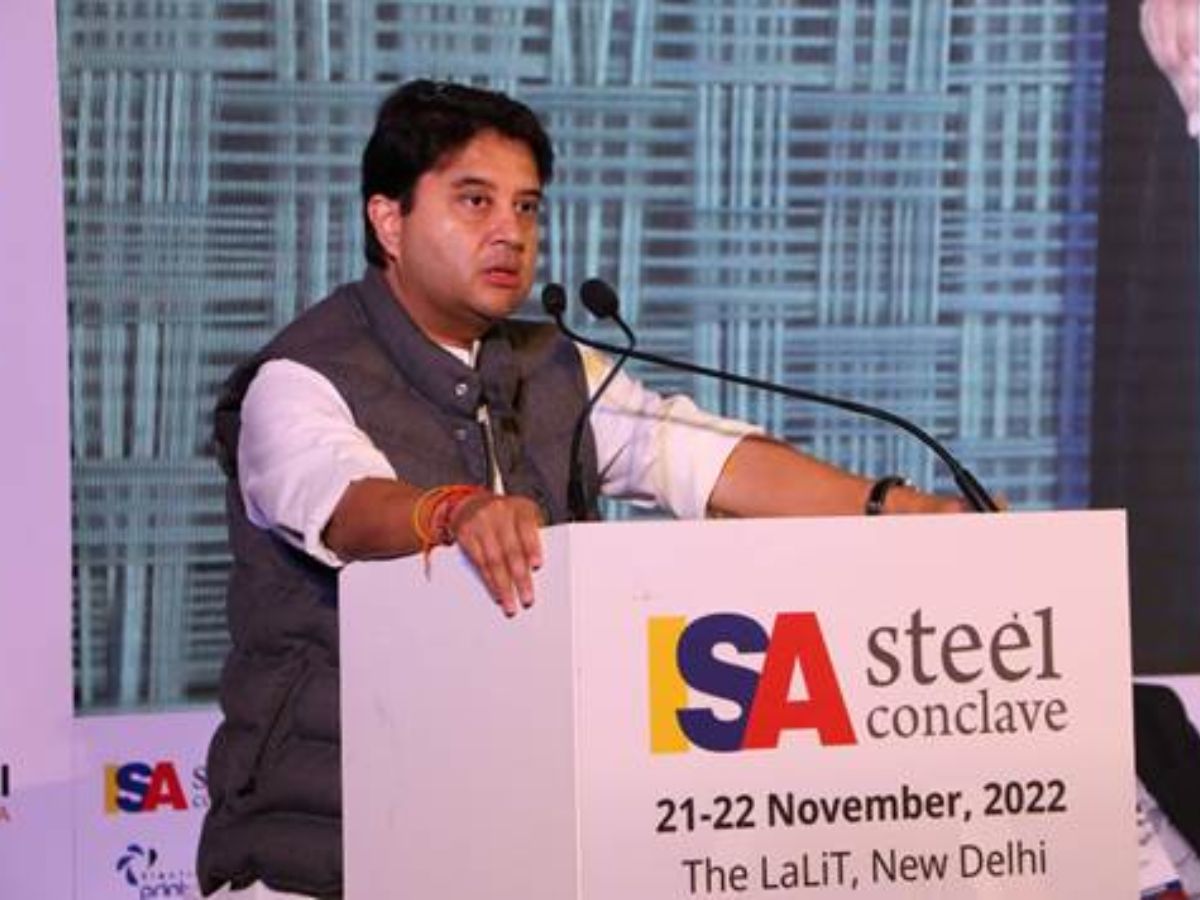 New Delhi: Union Minister of Steel and Civil Aviation Shri Jyotiraditya Scindia stated that the removal of export duties on steel and stainless steel by the government will herald a new era for the nation's steel sector, and allow it to firmly establish its position in the global market.

Delivering the keynote address at the third conclave of the Indian Steel Association (ISA) today, Shri Scindia said that the steel sector will not only restore its international footprint but will also reach newer heights in a relatively short period of time in the domestic market.

Shri Scindia stated that the Prime Minister has put forth the mandate to enhance capital infrastructure by nearly Rs 17 lakh crore per year, thus increasing demand for steel by close to double digits (approx 10% per year). Further, he said that the steel sector has not just emerged from a difficult time during the peak of COVID-19, but has also emerged stronger, more resilient, global, focused, and committed. Our sector has witnessed a huge transformation during the past eight years, and has emerged globally from being a 4th largest producer to the 2nd largest producer and the 2nd largest consumer of steel.

He added that this transformational growth path was envisioned by Prime Minister Shri Narendra Modi in the form of an Atma Nirbhar Bharat by Shatabdi Kal in 2047. This mission of achieving self-reliance would involve boosting infrastructure and manufacturing, of which steel is a crucial foundational part. To that end, he also emphasised on establishing a “Made in India” steel brand.

The policy of using domestic steel has saved Rs. 22,400 crores on steel imports, according to the minister. He urged the industry to adopt a circular economy approach which would involve a gradual movement towards steel production from scrap. Further to increase domestic production, Shri Scindia said that the PLI Scheme (Productivity Linked Incentive) for speciality steel has received 79 applications from 35 companies, resulting in an investment of close to Rs 46,020 crore and increase in capacity of almost 26 million tons, and employment generation potential of nearly 70,000 people. This PLI scheme will provide new impetus to domestic steel demand in the coming months, he said.

The President of ISA, Shri Dilip Ommen; Chairman of SAIL, Smt. Soma Mondal; Managing Director of Tata Steel, Shri T. V. Narendran and other stakeholders of the Indian steel industry expressed their views in the inaugural session of the conclave. They all welcomed the government's decision to remove export duties on steel and stainless steel and described it as a booster for the Indian steel sector. ISA Steel Awards were presented on the occasion to different members of the steel fraternity including Mr. Jatinder Mehra, Vice President - Metals & Mining, who was awarded the Lifetime Achievement Award for his exemplary work and contribution to the sector. A knowledge paper on ‘Pathways to Low Carbon Emission Steel’ was also released in the opening session of the conclave.