Power Minister calls upon the President of India 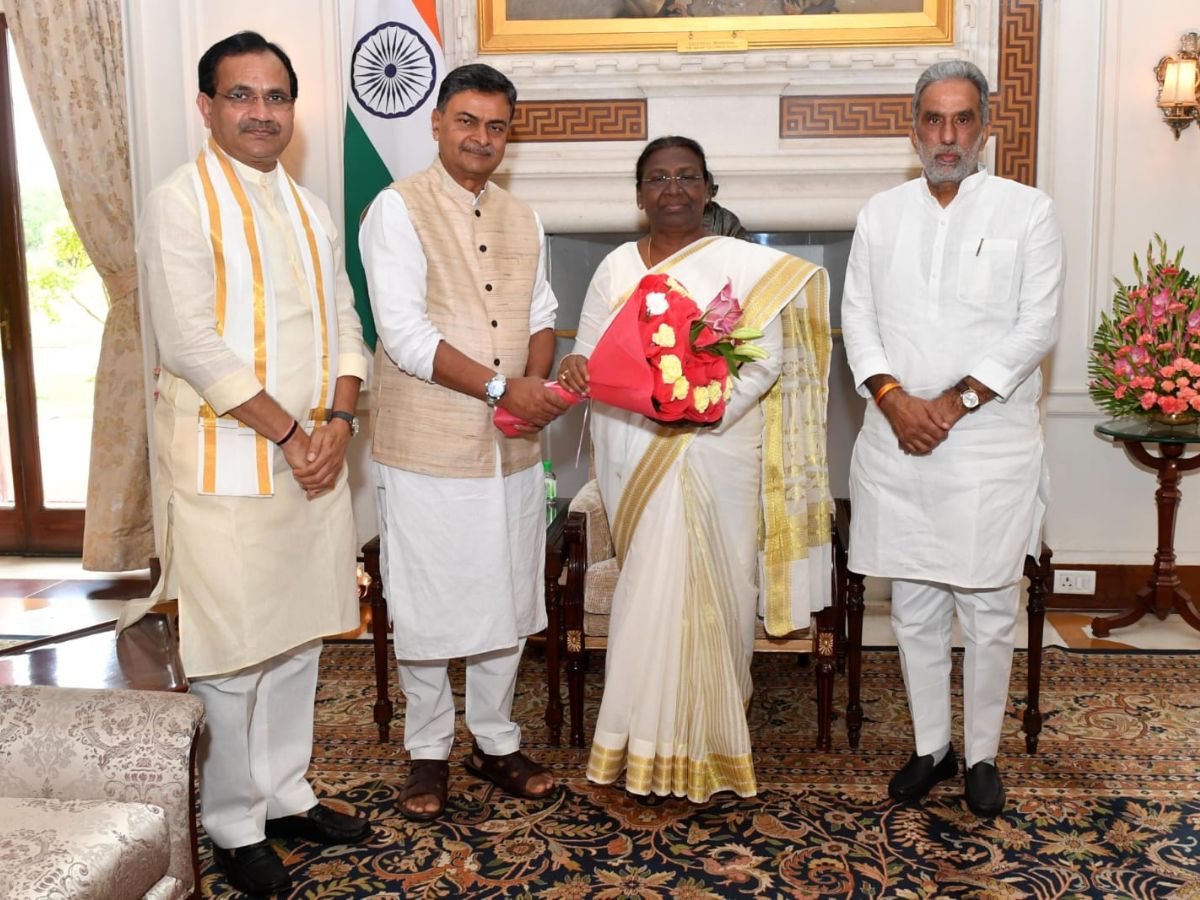 In June 2022, the BJP nominated Murmu as the National Democratic Alliance (NDA)'s candidate for President of India for the 2022 election the following month. She was elected as the President of India and assumed office on 25 July 2022. She took oath of office on the Central Hall of Parliament by Chief Justice N. V. Ramana.