On the occasion, Shri Ajay Bhatt addressed a rally of the Veterans from the nearby areas. 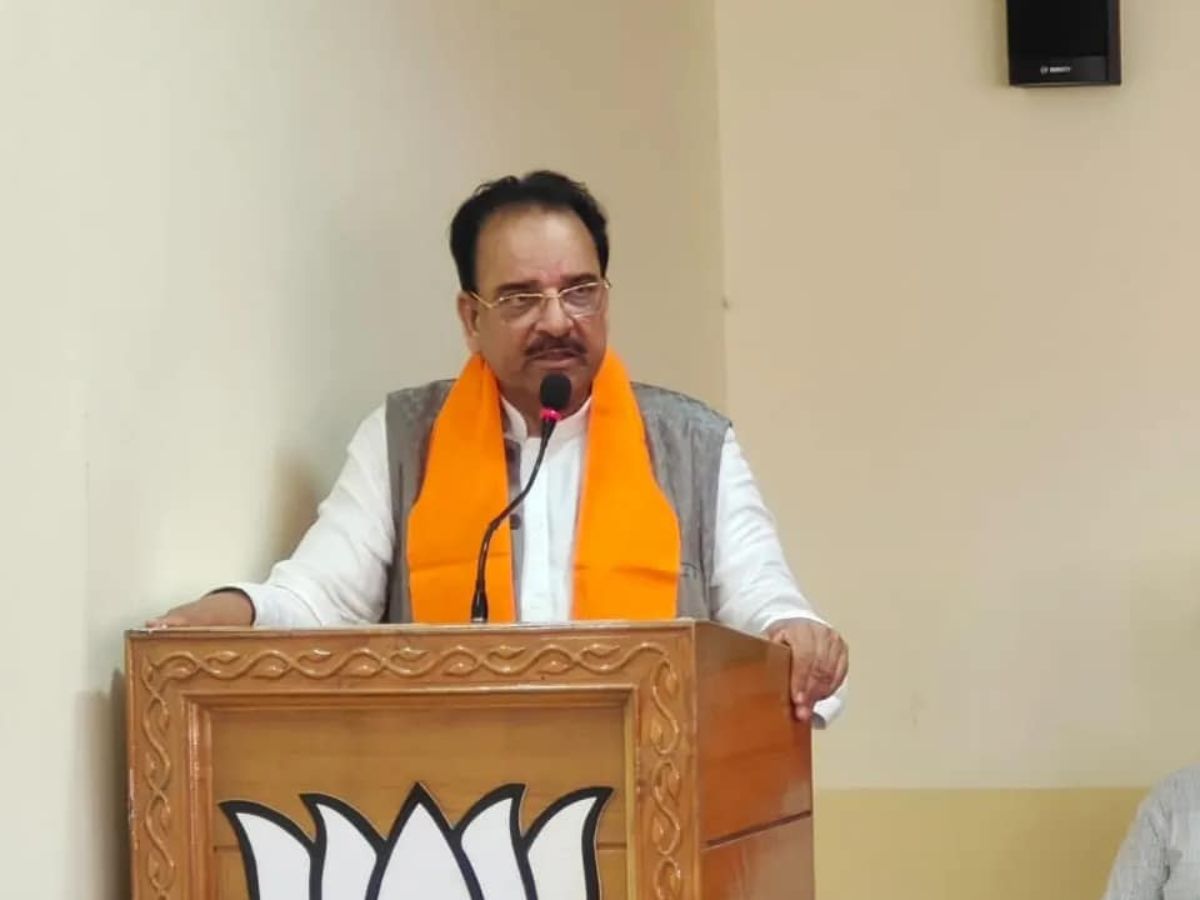 Uttarakhand: Raksha Rajya Mantri Shri Ajay Bhatt attended an outreach programme for Ex-Servicemen at Haldwani in Uttarakhand, on 14 July 2022. The programme was organised by the Department of Ex-Servicemen Welfare, Ministry of Defence as part of the Azadi Ka Amrit Mahotsav.

In a day long outreach event, the Raksha Rajya Mantri laid the foundation stone of ECHS Polyclinic buildings in Vikasnagar, Raiwala and Paudi Garhwal across the state via video link, and gave away 64-KB ECHS Smart Cards to ESMs and their dependents. He also distributed job letters to ESMs.

On the occasion, Shri Ajay Bhatt addressed a rally of the Veterans from the nearby areas.

In his address, Raksha Rajya Mantri reiterated the Government’s resolve to ensure all possible steps for the welfare of the ESMs. He said that the citizens in this country feel secure because of the valour of the Armed Forces. He assured that the Government will leave no stone unturned to ensure the welfare and well-being of its Veteran community.

Raksha Rajya Mantri said that the dedication and sacrifice of the Armed Forces for the Motherland can not be adequately compensated, however, the Government is committed for the welfare of the ESMs in all the circumstances.

Shri Ajay Bhatt said that the Government has disbursed Rs 50,000 crore under One Rank One Pension (OROP) and the Prime Minister Shri Narendra Modi is committed to continue the pension scheme.

Highlighting the recent steps taken by the Government for the welfare of ESMs, he underlined that the dedicated Defense Pension Grievance Redressal Portal has been launched for the speedy redressal of pension related grievances of ESMs and their dependents.

Raksha Rajya Mantri informed that an amount of Rs. 398.18 crore were distributed as a financial assistance to 1,84,198 ex-servicemen/dependents in the financial year 2021-22. He added that an amount of Rs. 1.71 crore was provided for the purchase of modified scooter for divyangs, Strokes Resettlement Centres in Kirkee and Mohali, and as a grant for War Memorial Hostels.

Mentioning that an additional fund of Rs 320 crore was granted for the Armed Forces Flag Day Fund (AFFDF) during the financial year 2021-22, Raksha Rajya Mantri said that an amount of Rs. 284 crore as Education grant and an amount of Rs.36 crore as Marriage grant have been released for 7583 applicants.

Talking about the Cheshire Homes that care for leprosy patients, mentally challenged patients and other serious and TB patients, Shri Ajay Bhatt said that the Kendriya Sainik Board has increased the annual grant amount per resident from Rs 9,000 per to Rs15,000 per year for Cheshire Homes in New Delhi and Lucknow and Rafal Ryder International Cheshire Home at Dehradun from the financial year 2021.

Referring to the resettlement of ESMs, Raksha Rajya Mantri said that a total of 32,209 Ex-Servicemen have been resettled during the financial year 2021-22 through the Directorate General of Resettlement (DGR). This number also includes those ESMs who were employed earlier also through DGR and whose contracts have been renewed from April 2021. In addition, a total of 10,871 ESMs were given new jobs by DGR during the financial year 2021-22. He added that there is a plan to further increase this number in the coming years.

On the issue of healthcare facilities for ESMs, Shri Ajay Bhatt said the rules relating to employment of contractual staff in ECHS Polyclinics have been revised for recruitment of doctors and para medical staff on part time basis to meet the shortage arising due to non-availability of full time personnel in these grades.

“Our government is committed to providing the highest quality healthcare services to our Veterans,” reiterated Raksha Rajya Mantri.

Raksha Rajya Mantri informed that the Government has decided to increase the time period for purchasing of unavailable medicines and consumables from the open market from 15 days to 30 days on payment basis. He added that the maximum amount for purchasing cancer medicines has also been increased from Rs. 2 lakh to Rs. 5 lakh.

Secretary (ESW) Shri B Anand said that the outreach programme was based on the vision of “Whole of Government Approach”, in which services offered by the Department of Ex-servicemen along with Kendriya Sainik Board (KSB), Directorate General Resettlement (DGR) and Ex-Servicemen Contributory Health Scheme (ECHS) along with Controller General Defence Accounts (CGDA), Local Command Formation and  State Government Rajya Sainik Board, Zila Sainik Boards and District Administration were showcased and grievances related to them were addressed to the Ex-Servicemen residing in the local areas near Haldwani.

The Secretary (ESW) said that Uttarakhand has around 1.34 lakh ESMs and is among the top 5 states where every 1 person out of 100 is an ESM. He added that such outreach programmes will be organised across the country in coming days.

The outreach programme was organized by a team under the leadership of Secretary Ex-Servicemen Welfare, Ministry of Defence. The event was coordinated  by Secretary, Kendriya Sainik Board in association with Regional Sainik Board, Uttarakhand.