Ms. Punam Pegu, DSP, Kokrajhar Police was also present in her office. where she interacted with the students. 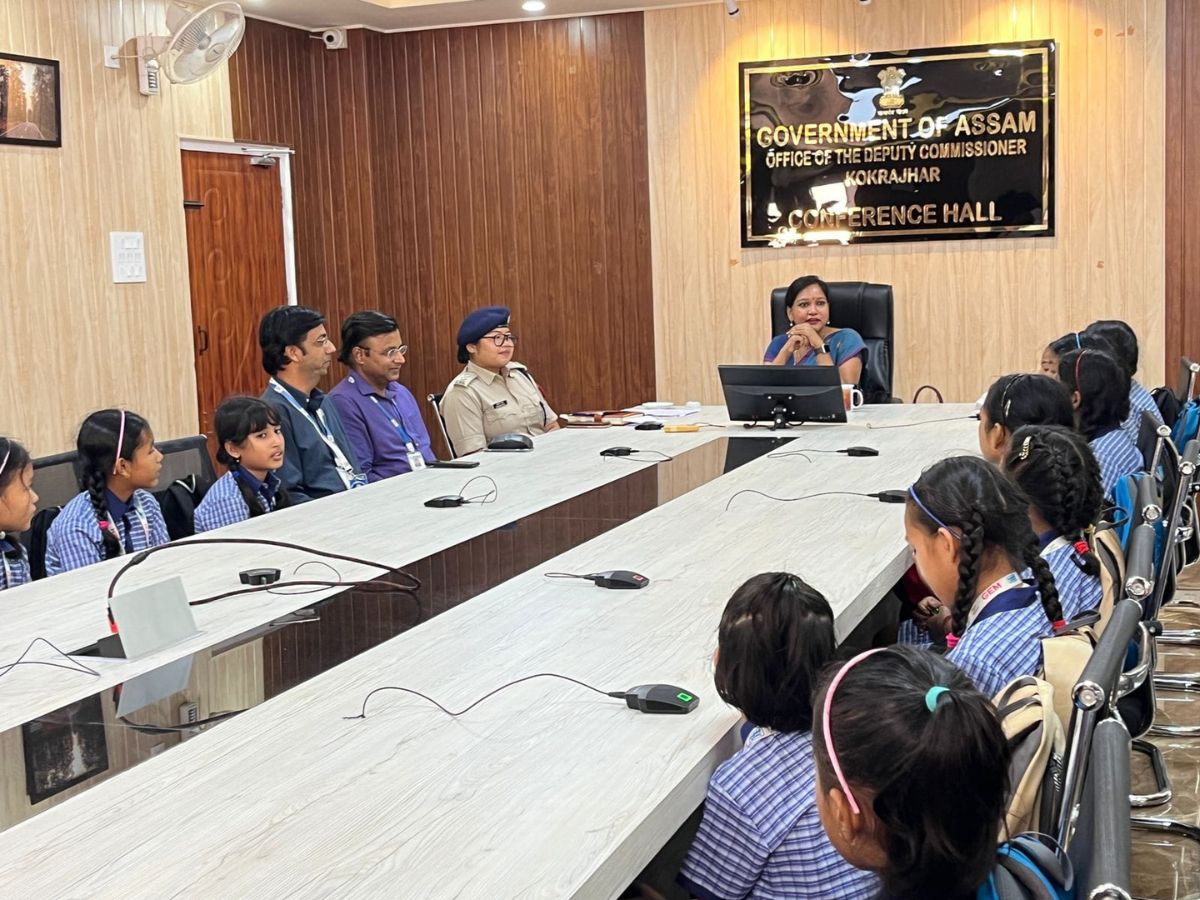 New Delhi: Ms. Varnali Deka, Deputy Commissioner, Kokrajhar interacted with the 40 Girl Empowerment Mission (GEM) girls of NTPC Bongaigaon under its "Meet the Role Models" Initiative and as a part of their educational tour to DC office. Ms. Deka, in an hour long interaction in her office, praised the girls for their knowledge on various subjects, their singing abilities and asked them about their aim in life. Ms. Punam Pegu, DSP, Kokrajhar Police was also present in her office. where she interacted with the students. Ms. Pegu encouraged them to believe in themselves and spoke on her functioning to maintain the law and order of the district.

To understand the role of a Deputy Commissioner, the children also attended a review meeting, for some time with the officials of district administration, that she took with her officials.

She also motivated them to participate in the Har Ghar Tiranga campaign and told them to spread awareness on the same.