HSBC on Monday announced the appointment of Hitendra Dave as its new chief executive for India. 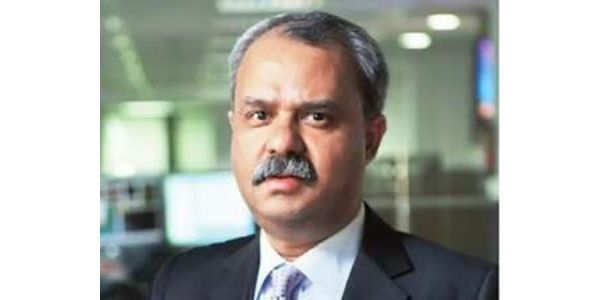 Dave, who had been heading the largest profit contributing segment of global banking and markets, succeeds Surendra Rosha, as per an official statement.

Rosha is moving to Hong Kong as the co-chief executive of HSBC Asia-Pacific, it added.

India is the third-largest profit contributor for the HSBC Group after Hong Kong and mainland China and delivered a pre-tax profit of USD 1.024 billion in 2020.

The bank has 26 branches in 14 Indian cities and employs 39,000 people, including those in back-offices helping its global operations.

Dave, who has been with the bank since 2001 and risen through the ranks, will be appointed as the chief executive of HSBC India on regulatory approval and serve as the interim CEO from Monday, the statement said.

“I cannot think of a more qualified person to take over the mantle of leadership at HSBC India. We have a clear strategy and investment commitment from the (HSBC) group. I am confident that under Dave's leadership we will maximise the opportunity that lies ahead,” Rosha said.

The global banking and market segment, which the bank defines as an emerging markets-led, financing-focused business providing investment and financial solutions, contributed more than half of the pre-tax profits at USD 593 million in 2020, up from USD 533 million in 2019.

Dave had served as the interim CEO of the bank earlier as well, before Rosha's appointment./PTI

Kolkata: The Board of Directors of Bandhan Bank Ltd., at a meeting held in Kolkata today approved its Financial Results for the Quarter ended June 30, 2021. The accounts have been subjected to “Limited Review” by the statutory auditors of the bank. Key Highlights : PPoP to Loan
Posted Date :  30-07-21

New Delhi: The Reserve Bank had earlier announced the construction of a composite Reserve Bank of India – Digital Payments Index (RBI-DPI) with March 2018 as a base to capture the extent of digitisation of payments across the country. The index for March 2021 stands at 270.59 as against 207.84
Posted Date :  28-07-21

New Delhi: The Reserve Bank of India has been conducting the Survey on Foreign Collaborations in Indian Industry since 1965. The 13th round of surveys with 2019-20 and 2020-21 as the reference period has now been launched.   The survey collects information on the operations of the Indian
Posted Date :  24-07-21

Mumbai: HDFC Bank on Tuesday announced the launch of Covid Crisis Support Scholarship for students who have been impacted by Covid19. The scholarship is part of Parivartan, HDFC Bank’s umbrella for its social responsibility.    The scholarship programme is meant for school stud
Posted Date :  21-07-21

New Delhi: The Reserve Bank of India (RBI) has imposed, by an order dated July 15, 2021, a monetary penalty of Rs 1 lakh on Sawantwadi Urban Cooperative Bank Limited, Sindhudurg (the bank) for contravention of/ non-compliance with directions contained in the Supervisory Action Framework (SAF) i
Posted Date :  16-07-21