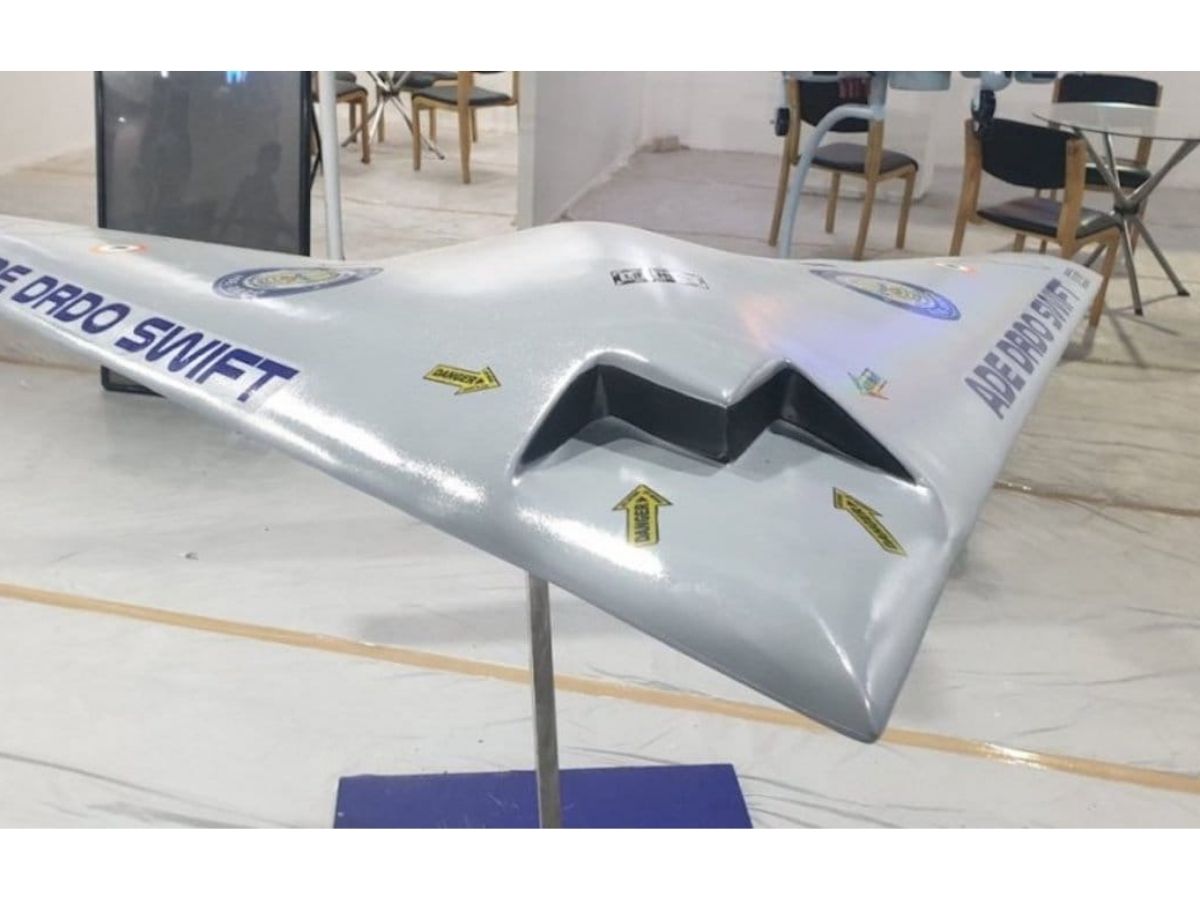 India has successfully tested its Autonomous Flying Wing Technology Demonstrator at the Aeronautical Test Range at Chitradurga, Karnataka, as announced by its Defense Research and Development Organization (DRDO) in a media statement released on July 1.

“Operating in a fully autonomous mode, the aircraft exhibited a perfect flight, including take-off, waypoint navigation, and a smooth touchdown. This flight marks a major milestone in proving critical technologies towards the development of future unmanned aircraft and is a significant step towards self-reliance in such strategic defense technologies,” said the Indian Defense Ministry in a statement quoted by the Hindustan Times.

The unmanned aircraft, also known as the Stealth Wing Flying Testbed, or SWIFT, is a significant step in India’s attempt to indigenize its armed forces to reduce its reliance on foreign suppliers. The drone’s airframe, undercarriage, flight control and avionics systems are all indigenously-made, according to the Indian Ministry of Defense and as reported in Defense News.
Times Now states the dimensions of the SWIFT drone as 3.96 meters long, with a 4.8-meter wingspan, and weighing approximately 1,043 kilograms. However, Defense News also notes that the 1-ton drone is powered by a Russian NPO Saturn 36MT turbofan engine, suggesting that India has not yet perfected the technology to manufacture small aircraft engines for drone use.
However, Times Now reports that the Small Turbo Fan Engine (STFE) by DRDO’s Gas Turbine Research Establishment (GTRE) based in Bangalore will replace the Russian-made engine.

The SWIFT is a scaled-down version of the Ghatak combat drone and aims to test stealth technology and high-speed landing in autonomous mode, said the DRDO in their Technology and Focus bulletin.

An unnamed DRDO scientist said in Defense News states that ten more test flights with the SWIFT platform are needed to iron out design issues before proceeding with full production of the Ghatak drone.

The Ghatak will be able to fire precision-guided munitions with a deck-launched version under development by the DRDO’s Aeronautical Development Establishment (ADE) for the Indian Navy.

Indian Defense Research Wing reports that India initiated its stealth drone program after the US refused to sell it Avenger jet-powered combat drones in 2017, forcing it to look for indigenous solutions to fulfill its requirement for an unmanned aircraft with low radar cross-section (RCS), high endurance and high speed for intelligence, surveillance, reconnaissance and precision-strike missions.

The source also states that India initiated the Ghatak program to improve the Indian Air Force’s (IAF) strike capabilities over hostile airspace and reduce human casualties in high-risk missions. A drone with a flying wing design may thus be the optimal solution for India’s requirements.

According to the Russian defense site Top War, a flying wing design gives increased flight speed, lower drag and greater invisibility to radar but at the cost of flight stability, low maneuverability and loss of lift.

Notwithstanding these mixed performance characteristics, the German Horten Ho 229 prototype fighter-bomber and US B2 stealth bomber featured the flying wing design.

In addition, several military powers apart from India have designed their flying wing drones, with the US operating its RQ-170 Sentinel, Russia its Su-70 Okhotnik B, and China its Hongdu GJ-11.

A stealthy drone such as the Ghatak may be the answer to bypassing formidable air defenses such as China’s HQ-9/P.

As such, India’s Ghatak drone may be like the US RQ-180 stealth drone, which Forbes describes as an unmanned stealth bomber designed by Northrop Grumman to fulfill a US Air Force requirement for long-range deep-penetration missions in heavily defended airspace.

Although judging by its dimensions, it may be more like the older RQ-170 Sentinel drone, which has the same task set as the RQ-180 but with comparatively limited capability due to its smaller dimensions.
Asia Times