Prior to taking over as the Commandant NDC, Lt Gen Manoj Kumar Mago was commanding the prestigious 10 Corps. 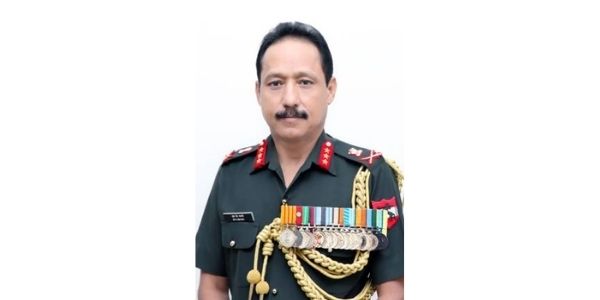 Lt Gen Manoj Kumar Mago is an alumnus of the Indian Military Academy, Dehradun. He was commissioned into the elite 7th Battalion Brigade of the GUARDS on December 15, 1984, and later commanded 16 GUARDS.

In his distinguished military career spanning over 36 years, the General Officer has tenanted all his command assignments in challenging operational environment. He commanded one of the largest and challenging Infantry Brigade and a versatile Infantry Division, all on the active line of control in Jammu and Kashmir.

Principal Director in Headquarter Strategic Forces Command and steered the operational Logistics as Directorate General of Operational Logistics and Strategic Movement at Integrated HQ of MoD (Army). His instructional experience includes tenures as Directing Staff, Senior Command Wing, Army War College, Mhow and Commandant of one of the most prestigious institute, the famous Counter Insurgency and Jungle Warfare School.

He has been awarded Yudh Seva Medal and Sena Medal (Twice) for his distinguished services. The General Officer has distinguished himself on two United Nations peace keeping assignments in Somalia (UNOSOM-Il) and as Force Chief of Staff in Congo (MONUSCO) where he was awarded the Force Commander (MONUSCO) Commendation.

Prior to taking over as the Commandant NDC, Lt Gen Manoj Kumar Mago was commanding the prestigious 10 Corps.