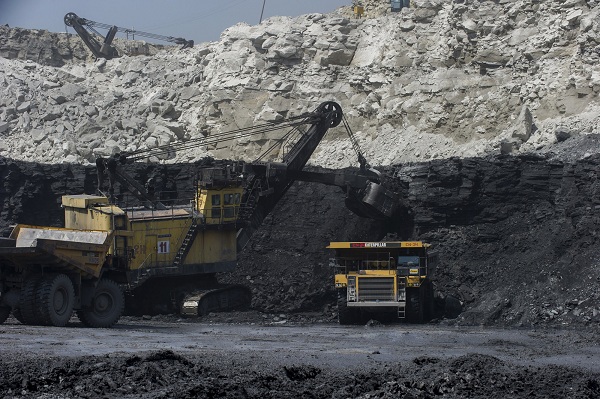 New Delhi: Northern Coalfields Ltd (NCL) a Coal India Ltd subsidiary has once again outshined in its performance. The company has produced more coal than its assigned targets and has also crossed dispatch targets of FY 2019-20.

The company till the last day of the financial year has produced 108.05 MT coal with 6.45% growth surpassing its annual target of 106.25 MT coal production. Similarly, the company has also surpassed its annual coal dispatch targets of 106.25 MT by dispatching 107.42 MT of coal with 5.75% growth y-o-y.
On this spectacular performance of the Company, the CMD NCL Shri P.K. Sinha, Director (Technical / Operations) Shri Gunadhar Pandey, Director (Finance) Shri N. N. Thakur, Director (Technical / Project and Planning) Shri M.K Prasad, and Director (Personnel) Shri Bimlendu Kumar warmly congratulated Team NCL and all the stakeholders of the company and urged them to stand with full zeal for the coming year.
They also appealed to Team NCL to abide by all instructions and precautions with due regard to safety during coal production in the wake of the Corona Virus (COVID 19) epidemic.
On Tuesday NCL also achieved its highest-ever single day production with 4.13 Lakhs Tonnes of Coal and NCL is the only subsidiary of Coal India to have positive growth in Coal Production, Dispatch, and OBR for the FY 2019-20. The company has dispatched more than 80% of its total dispatch to powerhouses.
NCL is Singrauli (The energy capital of India) based Miniratna company of Government of India and Subsidiary of Coal India Limited the company produces coal from its 10 highly mechanized open cast coal mines with more than 1200 Heavy Machines. The company utilizes modern infrastructure like Rapid Loading System for loading and Merry-Go-Round and Belt Pipe conveyor systems for coal transportation for coal dispatch. The company has also deployed surface miners in its mines.

New Delhi: Dr Pritam Singh a renowned academician and institutional builder passed away due to cardiac arrest at a private hospital in Gurugram. Dr Singh was 78 and is survived by his two sons Dr Vikas Singh , Dr Vipul Singh , his daughter , wife and many grandchildren. Dr Singh was conferred
Posted Date :  04-06-20

NTPC set up a help line for employeees

New Delhi: NTPC has set up a help line number ( 0120- 4948100 till 7 am to 11 pm ) for PRMS members and employees to extend the help and support in addressing the COVID-19 related quarry viz information o testing centers, probable treatment centers in Govt / NTPC empanneled hospitals and other r
Posted Date :  04-06-20

Srinagara: With substantial efforts, AAI's Srinagar Airport is striving to redefine safety while travelling. To reduce the risk of COVID19, cleaning staff is frequently sanitizing all touchpoints. The passengers are availing contactless provisions right through entry till the aircraft gate.
Posted Date :  04-06-20

New Delhi: SAIL on Wednesday said a few of its employees working at the company's corporate office have tested positive for COVID-19. There are five employees whose coronavirus test results have come positive, a source said. "In the wake of rising COVID-19 infections in the country, a few emp
Posted Date :  04-06-20

Kolkata: Coal India Limited and its companies have distributed 35,000 food packets and bottled water to migrant workers travelling back to their homes on 22 Shramik Special trains. The food packets and water bottles were distributed at Asansol, Bilaspur Mughalsarai and Singrauli, Dhanbad Ranchi
Posted Date :  04-06-20

New Delhi: NTPC has started scouting for a professional CEO to oversee its power distribution business where the company plans a big foray. It has issued advertisements in media for the appointment of a CEO asking qualified professionals to apply for the position that will offer best in the indus
Posted Date :  03-06-20

New Delhi: Pratibha Mahila Manal of Hingula Area donated Rs.50,000/-on 2.6.2020 to Odisha State Govt. as a token amount contribution towards the fight against COVID-19 Pandemic. Pratibha Mahila Mandal is committed towards undertaking social-welfare activities through out the year in the nearb
Posted Date :  03-06-20

Kolkata: During the prevailing pandemic conditions due to Covid 19, GRSE has been actively supporting the local population of Metiabruz area by providing masks, sanitisers, food grains etc. and the Traffic and Local Police by providing face masks and sanitisers.   In a gesture to express
Posted Date :  03-06-20

New Delhi: Lodna Area BCCL operates Quarantine Centre for migrants 79 migrant workers are being sheltered at Lodna Area's Quarantine Centre. 3 meals a day and 2 snacks a day are being provided to them daily. In addition, early morning Yoga is conducted in order to boost their immune system an
Posted Date :  03-06-20