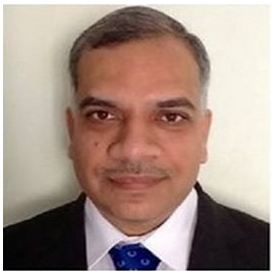 Shri Atul Sobti, Director General, SCOPE gave the opening remarks and Mr. Anuj Aggarwal, Member (HR), Airport Authority of India gave the closing remarks . The interactive session received an overwhelming response as over 500 participants including board members, Legal heads and other senior members of PSEs attended.
Justice Vibhu Bakhru in his address stated that arbitration is bound to grow and develop as it ensures expeditious disposal of cases. He emphasised that for arbitration to succeed as one of the modes of dispute settlement, institutes like SFCA need to be strengthened. He added that virtual hearings in arbitration are a reality and despite the challenges being faced, arbitrators need to train as it may soon become the norm.
Shri . Pachnanda spoke about how law in India has developed with respect to unilateral appointment of arbitrators. Shri . Lahiri spoke about International best practices being followed for selection of arbitrators and added that in International arbitration, virtual hearings have been followed for a long time as they expedite the process and are cost effective.
Shri . Atul Sobti highlighted that India has improved in Ease of Doing Business rankings as Government has taken a series of steps to make India an investment hub but steps need to be taken in area of enforcing of contracts. He also spoke about SFCA’s role and future of arbitration through virtual arbitration.

SCOPE pledges to fight against Corona

New Delhi: Disruption in technology is the future of all industries, accelerating the need for automation of processes in organisations. To reckon the impact of the same, Standing Conference of Public Enterprises (SCOPE) organised a webinar titled ‘Webinar on Artificial Intelligence (AI) and Ro
Posted Date :  28-09-20

SCOPE and ILO to undertake a joint study on women empowerment

New Delhi: As COVID acts as a key catalyst for acceleration of digital technologies, organisations need to leverage these disruptions as future will be increasingly digital. To offer an insight in the same, Standing Conference of Public Enterprises (SCOPE) organised a webinar on ‘Digital Transf
Posted Date :  12-08-20

New Delhi: Standing Conference of Public Enterprises (SCOPE), and The Center for Creative Leadership (CCL),USA, engaged in learning and development with focus on effective leadership development, have signed a Memorandum of Understanding (MoU) to conduct a study on ‘Developing Future Fluent Lea
Posted Date :  05-08-20

SCOPE Webinar on Learning from Mahatma Gandhi on Public Service

New Delhi: With the new realm of challenges amidst the ongoing pandemic, the need for public service has catapulted. To address the same, Standing Conference of Public Enterprises (SCOPE) organised its 10th Webinar on ‘Action Today, Impact Tomorrow: Learning from Mahatma Gandhi on contribution
Posted Date :  26-06-20

New Delhi: Standing Conference of Public Enterprises (SCOPE) in a bid to infuse positivity and mental well-being among Public Sector Enterprises (PSEs) during this pandemic situation, hosted an interactive Webinar with one of the world’s most revered spiritual leaders and founder of The Art of
Posted Date :  28-05-20

SCOPE webinar to provide online conversation of CMDs of India

New Delhi: SCOPE is organising WEBINAR to present *"Leading through Unchartered Waters – a candid online conversation of CMDs of India’s Leading PSEs with Gurudev Sri Sri Ravishankar"*. Please join on Monday, 25th May 2020 at 6:35 PM on the links given in the annexed flyer. The links are
Posted Date :  25-05-20

SCOPE holds webinar on arbitration and future of virtual hearings

New Delhi: Standing Conference of Public Enterprises (SCOPE) organised its 6th Webinar on ‘Financial Planning and Liquidity Management in Current Pandemic Scenario’ with eminent experts from KPMG to address the concerns and need for effective financial planning and liquidity management. The i
Posted Date :  19-05-20

New Delhi: SCOPE welcomes the economic stimulus package of the Government to spur the economic growth and build a self-reliant and resilient India.Mr Atul Sobti, Director General, SCOPE while appreciating the commitment of the Government said that the thrust given to various sectors through the e
Posted Date :  14-05-20

New Delhi: Standing Conference of Public Enterprises (SCOPE) successfully organised Webinar on Future of Work in the New Normal (CPSE Perspective)’ in association with Deloitte. The webinar, 5th in the series of SCOPE Webinars, aimed at making various strategies that organizations would need fr
Posted Date :  04-05-20