Sh. Sharma further told that Capex utilization of Rs 4510 crore in 9 months of the current fiscal is a big achievement for us. 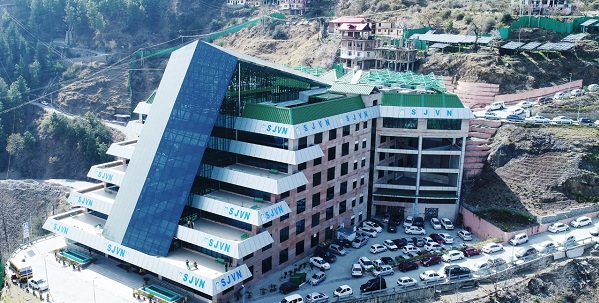 New Delhi: Sh. Nand Lal Sharma, CMD, SJVN informed that SJVN achieved a record 90% CAPEX utilization target of set for FY 2021-22 a quarter ahead in December 2021. Among the Central Power PSUs SJVN figures second in CAPEX budget utilization. SJVN emerged as one of the Top Performers among CPSUs with utilization of Rs 4510 crores.

Sh. Sharma further told that Capex utilization of Rs 4510 crore in 9 months of the current fiscal is a big achievement for us. Given the pace at which work on executing several Projects is going on, the company is poised to meet its Targets.

He also conveyed his heartfelt gratitude to Sh R.K. Singh, Union Minister of Power & NRE & Ministry of Power for the guidance & regular reviews to accelerate the pace of Capital Expenditure.