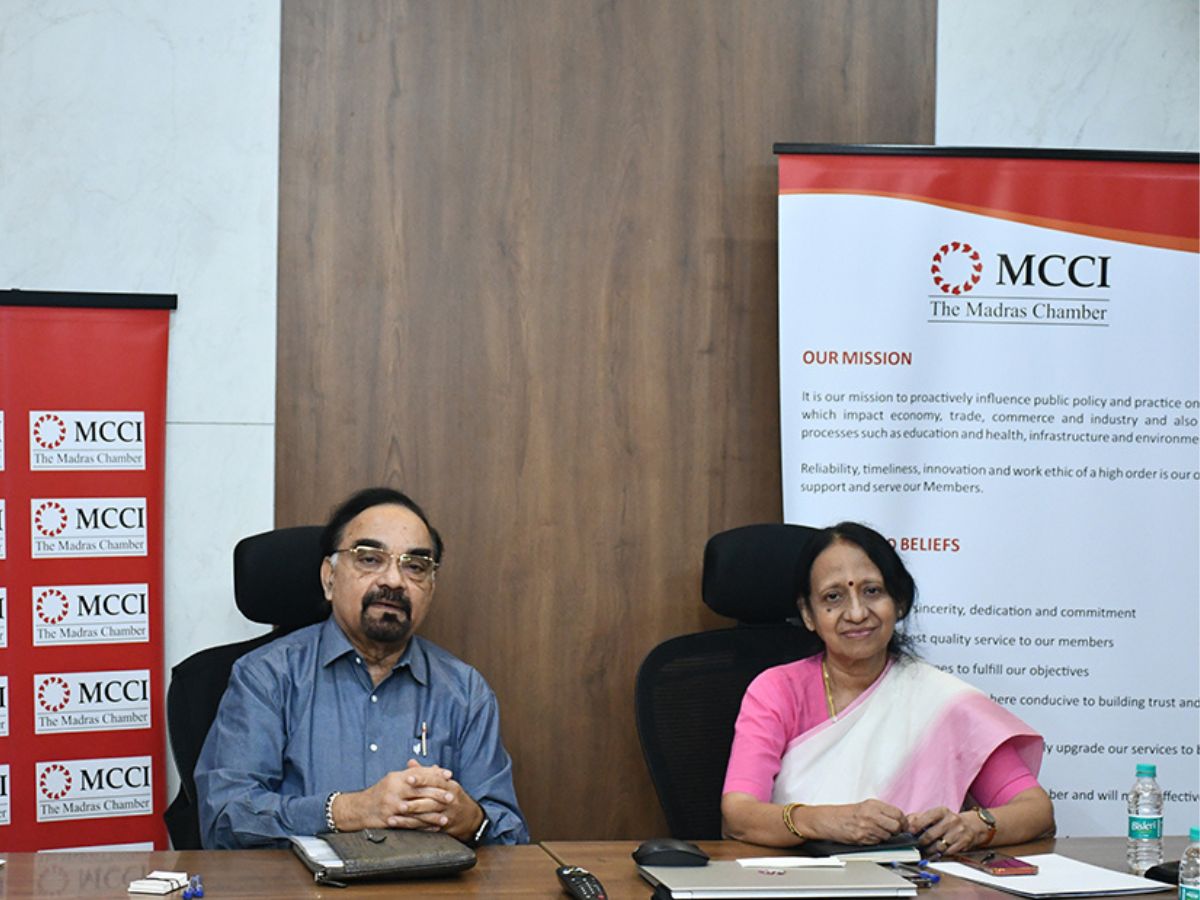 Chennai: Tamil Nadu, in spite of the setback due to the pandemic, was able to recover faster that many other States due to its resilient and robust public health system and concerted efforts. Gross State Domestic Product (GSDP) of Tamil Nadu bounced back to 14.6% in FY22 and is expected to grow by 14% in FY23 going by the data.

Given its strong economic and industrial base, the State has embarked on a mission to achieve a GSDP of USD 1 trillion and exports of USD 300 billion by 2030. Government of Tamil Nadu hasattracted over ?50,000 crore investment proposals this year.

131 MOUs have been signed by the Govt. of Tamil Nadu from July 2021 till May 2022 which is expected to generate employment for more than 2.25 lakh people resulting in a rise in demand in the economy.  The State has set up the first Advanced Manufacturing Hub in partnership with the World economic forum that will focus on innovation, new technologies and Industry 4.0.

Mr. T. R. Kesavan, President, Madras Chamber of Commerce &Industry said “The State Government has undertaken various initiatives such as allotment of Rs 100 crores to improve the infrastructure of export companies, setting up of knowledge city and releasing export promotion strategy to bring Tamil Nadu a leader among Indian states in export. Focus is on sectors like information technology, data centres, textiles, electric vehicle manufacturing, tapping renewable energy, footwear industries, as part of achieving the vision put forth by the Honourable Chief Minister of Tamil Nadu”.

Madras Chamber of Commerce &Industry (MCCI) the oldest industry organization in Tamil Nadu and the second oldest in India is known for itsservice to the nation and its industrial development. The 186-year-old Chamber has played a vital role in building / enabling many of the foundational infrastructures for trade and commerce in the State. The Chamber has an exclusive focus on the State of Tamil Nadu,being the leading and oldest regional Chamber.

The Chamber has 12 expert committees and 5 working committees who act as “Think Tanks” and share their knowledge and expertise for the various initiatives of the Chamber to enhance the industry development.

Talent and skills becoming critical factors for industrial development, Tamil Nadu Government’s recently launched “NaanMudalvan Scheme” which aims to improve the skills to increase the employability of the Students in GovernmentInstitutions,is a major step forward in breaking the barrier. MCCI is a Partner of this scheme by signing a MOU with the Tamil Nadu Skill Development Corporation for providing employment ready courses for the students.

MCCI is also working on bringing out a Ready Reckoner or a handbook for regulatory compliances tilted “Doing Business in Tamil Nadu” by working closely with the government to encourage new investments and maintain a business-friendly climate.