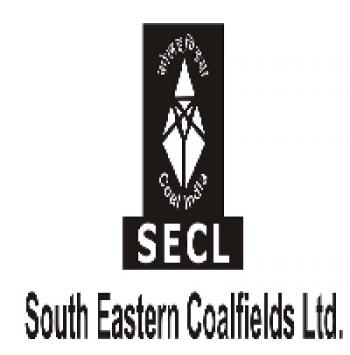 South Eastern Coalfields Limited is the largest coal producing company of India. It is a "Miniratna" Company, and one of eight fully owned subsidiaries of Coal India Limited.

Bilaspur: "There are no limits to what one can achieve. Explore, Learn and Work Hard till you meet your coveted goal," said Director(Personnel) Dr. R. S. Jha. The event was felicitation of the 'Female Employees of the Month' for the month of August, September and October 2019.
Posted Date :  21-11-19

Bilaspur. SECL has installed a 128 slice CT Scanner at the Ambikapur Medical College Hospital in Surguja headquarters, Ambikapur in Chhattisgarh. The CT Scan machine was funded by the CSR of Bishrampur area of South Eastern Coalfields Ltd.at a cost of Rs. 5 Crore. With the installation of the 128
Posted Date :  03-09-19

Bilaspur: Shri Manoj Kumar Prasad, a mining engineer with over 34 years of hands-on-experience in mining has taken charge as the Director (Technical) in South Eastern Coalfields Limited (SECL) on the 18th of June 2019. He has wide & varied experience in the mining industry and has worked in vario
Posted Date :  20-06-19

Bilaspur: Johilla Area of South Eastern Coalfields Ltd. was battling a problem of drinking water. With the implementation of the Jamuniya Water Supply Scheme now there is abundant drinking water available in the Umaria, Johilla Area. A CSR initiative of SECL.   Umrar River is the main wa
Posted Date :  20-05-19

SECL Becomes The Frist Company to Produce Over 150 MT Coal

Bilaspur: South Eastern Coalfields (SECL) a Miniratna' Company, and one of eight fully owned subsidiaries of Coal India Limited. has crossed coal production of 150 Million Tonnes on 20th March 2019. With this new record, SECL has become the first company in India to cross the coal production
Posted Date :  29-03-19