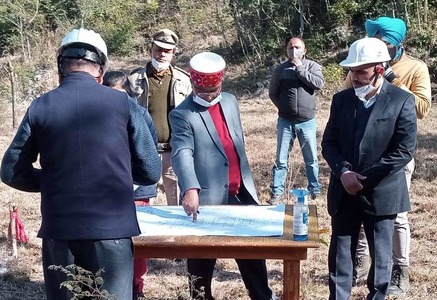 He chaired a review meeting with the employees and called upon them to work diligently to bring the project to the construction stage by March 2022.

Satluj Jal Vidyut Nigam, popularly known as SJVN, is an Indian public sector undertaking involved in hydroelectric power generation and transmission. It was incorporated in 1988 as Nathpa Jhakri Power Corporation which is a joint venture between Government of India and Government of Himachal Pradesh.

The company has a total operational hydroelectric capacity of 1912 MW through its two hydroelectric plants- Nathpa Jhakri and Rampur. In addition, it has an installed capacity of 97.6 MW wind power and 6.9 MW solar power.