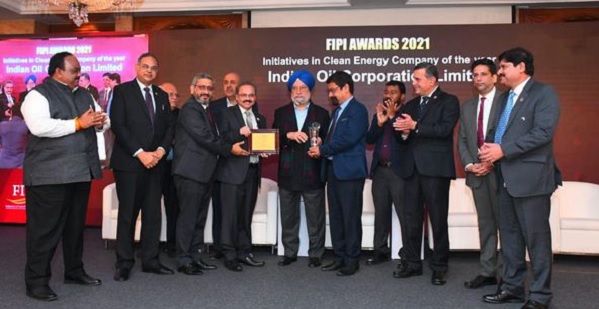 New Delhi: In the recently held FIPI Oil and Gas Awards 2021, a government-owned oil corporation Indian Oil received the highest number of awards during the ceremony by winning in 6 of the 19 categories.

The Federation of Indian Petroleum Industry (FIPI) provides a platform to the hydrocarbon sector of India and the FIPI Oil and Gas Awards have been recognizing excellence and innovation in the sector.

PowerGrid is among Top 500 companies in Power sector