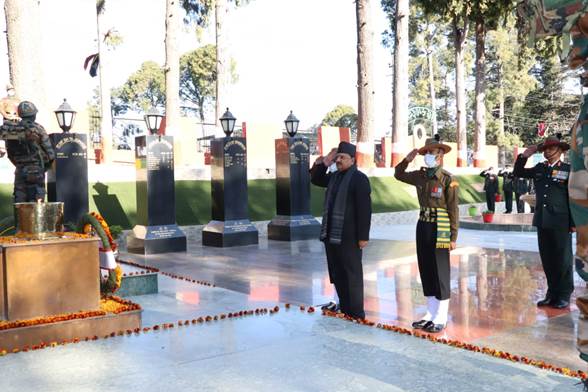 He also honoured the veer naris as a mark of respect and gratitude. They were felicitated by Smt Pushpa Bhatt, wife of Shri Ajay Bhatt.

The couple also visited KRC Woollens, a rehabilitation project run by veer naris of KRC since 1976. Raksha Rajya Mantri is on official tour to Uttarakhand as part of Vijay Sankalp Yatra that commenced from December 26, 2021.