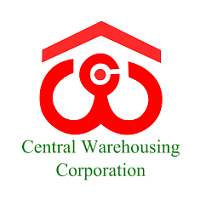 Function:
The Warehousing Corporation act, 1962:Subject to the provisions of this Act, the Central Warehousing Corporation may--[3]
Subscribe to the share capital of a State Warehousing Corporation;
Act as agent of the Government for the purposes of the purchase, sale, storage and distribution of agricultural produce, seeds, manures, fertilizers, agricultural implements and notified commodities; and
Carry out such other functions as may be prescribed.
The Warehousing Corporation (Amendment) Bill, 2011 has been proposed in the Lok Sabha by the Ministry of Consumer Affairs, Food and Public Distribution seeking to make Mini-Ratna company Central Warehousing Corporation (CWC) an independent body without government being a guarantor.
Operation:
CWC operations include scientific storage and handling services for more than 400 commodities include Agricultural produce, Industrial raw-materials, finished goods and variety of hygroscopic and perishable items.
Scientific Storage Facilities for commodities including hygroscopic and perishable items through network of 476 warehouses in India with its 5,658 trained personnel.
Import and Export Warehousing facilities at its 36 Container Freight Stations in ports and inland stations.
Bonded Warehousing facilities .
Disinfestation services.
Handling, Transportation & Storage of ISO Containers.
CWC enables the movement of imported and exportable goods to and from the port towns and has developed infrastructure of Container Freight Stations & Inland Clearance Depots throughout the country. It operates 36 CFSs/ ICDs where composite services for containerised movement of import/export cargo are provided. The Warehousing Corporation is empowered to acquire and build Warehouses for storage of Agricultural produce, seeds, fertilizers and other notified commodities and also to act as an agent of the Central Warehousing Corporation or of the Government, for the purpose of purchases, sales storage, distribution etc., of Agricultural Commodities in time of need.[6] Though it has been criticised for lack of manpower and technologically equipped warehousing facility.[7]

New Delhi: A meeting was convened online under the chairmanship of Shri. Kushvinder Vohra, Member (WP&P), CWC,  on 18th January 2021 on different activities under nine Priority Areas of Phase I of India-EU Water Partnership and way forward to Phase II of IEWP that started on 1st Novemb
Posted Date :  20-01-21

CWC contribute their one day salary Rs 65.41 Lakhs to the PM CARES Fund

New Delhi: ICAR-CWC joint panel meeting held today on 13.03.2020 under the Chairmanship of Secretary DARE &DG, ICAR and co-chairmanship of Chairman,CWC.After the meeting of Joint Panel, team made a field visit to the ICAR campus.
Posted Date :  13-03-20

New Delhi: CWC management signed the Memorandum of Settlement (MoS) on 19.12.2019 with the representative of the workmen of CWC i.e. Federation of Central Warehousing Corporation Employees’ Unions (FCWCEUs) for revision of wages of Group C & D employees’ w.e.f. 01.01.2017; in presence of Shri
Posted Date :  24-12-19