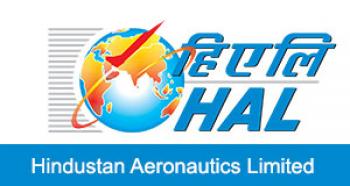 Hindustan Aeronautics Limited is an Indian state-owned aerospace and defence company headquartered in Bangalore, India. It is governed under the management of the Indian Ministry of Defence.

Hindustan Aeronautics Limited (HAL) is an Indian state-owned aerospace and defence company headquartered in Bangalore, India. It is governed under the management of the Indian Ministry of Defence.
The government-owned corporation is primarily involved in the operations of the aerospace and is currently involved in the design, fabrication and assembly of aircraft, jet engines, helicopters and their spare parts. It has several facilities spread across India including Nasik, Korwa, Kanpur, Koraput, Lucknow, Bangalore, Hyderabad and Kasaragod. HAL HF-24 Marut fighter-bomber was the first fighter aircraft made in India.
HAL was established as Hindustan Aircraft Limited in Bangalore on the 23 December 1940 by Walchand Hirachand who became Chairman of the company. The companies office was opened at a bungalow called "Eventide" on Domlur Road.
The organisation and equipment for the factory at Bangalore was set up by William D. Pawley of the Intercontinental Aircraft Corporation of New York, who had already established Central Aircraft Manufacturing Company (CAMCO) in partnership with Chinese Nationalist government. Pawley obtained a large number of machine-tools and equipment from the United States.
The Indian Government bought a one-third stake in the company and by April 1941 by investing 25 lakhs as it believed this to be a strategic imperative. The decision by the government was primarily motivated to boost British military hardware supplies in Asia to counter the increasing threat posed by Imperial Japan during Second World War. The Kingdom of Mysore supplied two directors, Air Marshal John Higgins was resident director. The first aircraft built was a Harlow PC-5[4] On 2 April 1942, the government announced that the company had been nationalised when it had bought out the stakes of Seth Walchand Hirachand and other promoters so that it could act freely. The Mysore Kingdom refused to sell its stake in the company but yielded the management control over to the Indian Government.
In 1943 the Bangalore factory was handed over to the United States Army Air Forces but still using Hindustan Aircraft management. The factory expanded rapidly and became the centre for major overhaul and repair of American aircraft and was known as the 84th Air Depot. The first aircraft to be overhauled was a Consolidated PBY Catalina followed by every type of aircraft operated in India and Burma. When returned to Indian control two years later the factory had become one of the largest overhaul and repair organisations in the East. In the post war reorganisation the company built railway carriages as an interim activity.

New Delhi: Happy to unveil the new Defence Acquisition Procedure (DAP)-2020 Document today. The Formulation of DAP 2020 has been done after incorporating comments and suggestions from a wide spectrum of stakeholders. The DAP 2020 has been aligned with the Prime Minister Shri Narendra Modi’s
Posted Date :  29-09-20

Bengaluru: In light of the prevailing situation on the border, HAL produced two Light Combat Helicopters (LCH) have been deployed for operations at high altitude (Leh sector) at short notice to support IAF missions. “It is the lightest attack helicopter in the world designed and developed by HA
Posted Date :  12-08-20

New Delhi: IAF’s role in some of the most challenging circumstances is well regarded by the nation. Their contribution during the nation’s response to COVID-19 pandemic has been highly praiseworthy.
Posted Date :  22-07-20

Bangalore: Sensing the urgency to control rapidly spreading Pandemic, HAL has converted its Ghatage Convention Centre located on Old Airport Road into a Covid-19 Care Center (CCC) and handed it over to Bruhat Bengaluru Mahanagara Palike (BBMP) here today. The facility having 160 beds with other s
Posted Date :  18-07-20

New Delhi: Dr. R.K. Tyagi, Former Chairman, HAL and Pawan Hans and Presently the Independent Director, Air India Ltd has said that at present a lot of opportunities exist in the Aviation sector to develop India as a MRO Hub. He highlighted that for becoming Aviation Hub under the umbrella of " At
Posted Date :  23-06-20

Tejas Foc Aircraft Handed Over To The IAF

Coimbatore: The Indian Air Force (IAF) on Wednesday inducted Tejas Mk-1 FOC aircraft into the recently resurrected No 18 Sqn, the “Flying Bullets” at Air Force Station Sulur, marking yet another important step towards enhancing the operational capability of the Air Force. The Squadron is the
Posted Date :  28-05-20

Bengaluru: Hindustan Aeronautics Ltd (HAL) resumed normal operations with staggered shifts in this aerospace hub, the defence PSU said on Friday. The company has also designed and developed a pedal-based hands-free sanitizer dispenser for hygiene at work place and on shop floor. “We have di
Posted Date :  09-05-20

New Delhi: Defence Public Sector Undertakings (DPSUs) and the Ordnance Factory Board have pitched in to shore up India's fight against COVID-19. The OFB has planned for 280 isolation beds across 10 hospitals spread over six states in the country. HAL, Bengaluru has an isolation ward facil
Posted Date :  06-04-20