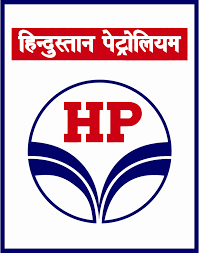 Hindustan Petroleum Corporation Limited is an Indian state-owned oil and natural gas company with its headquarters at Mumbai, Maharashtra. It has about 25% market-share in India among public-sector companies and a strong marketing infrastructure.

Hindustan Petroleum Corporation Limited (HPCL) is an Indian state-owned oil and natural gas company with its headquarters at Mumbai, Maharashtra. It has about 25% market-share in India among public-sector companies (PSUs) and a strong marketing infrastructure. Oil and Natural Gas Corporation owns 51.11% shares in HPCL and others are distributed amongst financial institutes, public and other investors. The company is ranked 367th on the Fortune Global 500 list of the world's biggest corporations as of 2016.
HPCL was incorporated in 1974 after the takeover and merger of erstwhile Esso Standard and Lube India Limited by the Esso (Acquisition of Undertakings in India) Act 1974. Caltex Oil Refining (India) Ltd. (CORIL) was taken over by the Government of India in 1976 and merged with HPCL in 1978 by the CORIL-HPCL Amalgamation Order, 1978. Kosan Gas Company was merged with HPCL in 1979 by the Kosangas Company Acquisition Act, 1979.
In 2003, following a petition by the Centre for Public Interest Litigation (CPIL), the Supreme Court of India restrained the Central government from privatising Hindustan Petroleum and Bharat Petroleum without the approval of Parliament. As counsel for the CPIL, Rajinder Sachar and Prashant Bhushan said that the only way to disinvest in the companies would be to repeal or amend the Acts by which they were nationalised in the 1970s. As a result, the government would need a majority in both houses to push through any privatisation.

New Delhi: HPCL inaugurates the Smart Swapping Station for Electric Vehicle, another step towards a greener future. The smart swapping station is set up in association with Voltup, inaugurated in presence of senior officials of HPCL at M/s Bahari Goods P Ltd, Jaipur.
Posted Date :  30-12-20

Jodhpur: HPCL one of the largest state-owned oil companies in the country launched ‘poWer 99’, Premium petrol with an Octane rating of 99, in Jodhpur, to cater to the growing demand for premium fuel from the rising population of high-end cars and performance bikes in the city.
Posted Date :  12-12-20

New Delhi: Hindustan Petroleum Corporation Ltd (HPCL) takes pride in catering to diverse fuelling needs of the nation by offering numerous solutions for sustainable growth. We are proud to contribute to the country's fishing industry, thereby empowering the lives of people.
Posted Date :  21-11-20

New Delhi: HPCL Celebrate Quit India Movement Day, let’s remember & honour the importance of the movement in the history of India’s freedom struggle. It’s an important milestone where the whole Nation came together to overthrow the British rule and pave the way to India’s independence.
Posted Date :  08-08-20

Mumbai: All its workers have stood with every Indian citizen and worked every single day in these times of uncertainty. Ensuring that our motto stands- We Deliver Happiness Folded hands Smiling face with smiling eyes
Posted Date :  15-07-20

Mumbai: HPCL is proud to fuel India’s vision to become Aatma nirbhar by setting up Refineries in Mumbai & Visakhapatnam. In our attempt to progress sustainably, we constantly upgrade our Refineries & increase refining capacity to fulfil the energy needs of the Nation Delivering Happiness.
Posted Date :  14-07-20

New Delhi: In another effort to make India Swachh, HPCL retail outlets in Sangrur are distributing saplings, masks and sanitizers to all customers as a part of Swachhta Pakhwada campaign. The forecourt staff is also actively creating awareness on safety and cleanliness.
Posted Date :  13-07-20

Mumbai: HPCL has registered good performance during the FY’20 considering the specific challenges faced by the sector especially towards year end due to demand contraction on account of Covid 19 pandemic. Refining throughput and Sales Volume
Posted Date :  01-07-20

Mumbai: HP Gas Deliverymen are our Frontline Corona Warriors risk their own lives and delivering LPG cylinders at the doorsteps of the customers. HPCL salute our Superheroes who are ensuring supplies even during these hard times.
Posted Date :  24-06-20