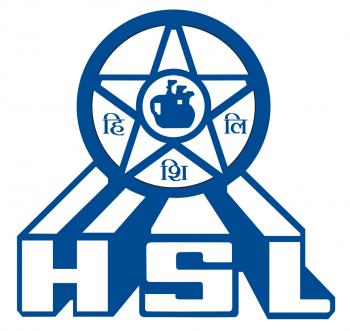 Hindustan Shipyard Limited is a shipyard located in Visakhapatnam on the east coast of India.

Founded as the Scindia Shipyard, it was built by industrialist Walchand Hirachand as a part of The Scindia Steam Navigation Company Ltd. Walchand selected Vishakhaptnam as a strategic and ideal location and took possession of land in November 1940. The World War II was going on and in April 1941, the Japanese bombed the town. However, Walchand was unfettered and decided to go ahead with his plan of building a shipbuilding industry in India. In the days when it was unthinkable of foundation ceremony to be done by anyone other than British officials, the truly patriotic Walchand decided to break the tradition and the foundation stone for the shipyard was laid by Dr. Rajendra Prasad on 21 June 1941, who was acting Congress President at that time. The first ship to be constructed fully in India after independence was built at the Scindia Shipyard and named Jal Usha. It was launched in 1948 by Jawaharlal Nehru by the first Prime Minister of India, at a ceremony where the families of Seth Walchand Hirachnd, late Narottam Morarjee and Tulsidas Kilachand, the partners of Scindia Shipyard, were present along with other dignitaries and industrialists.
This article contains wording that promotes the subject in a subjective manner without imparting real information. Please remove or replace such wording and instead of making proclamations about a subject's importance, use facts and attribution to demonstrate that importance.
Walchand died in 1953, and the Scindia Shipyard continued to flourish under next of kins of founders. However, later on the government of India decided to nationalise the Scindia Shipyard, as it was a sensitive and strategic sector related to defence sector of the country. The shipyard was finally nationalised in 1961 and renamed Hindustan Shipyard Limited (HSL).
In 2010, HSL was transferred from the Ministry of Shipping to the Ministry of Defence. The yard played a critical role in the development of nuclear-powered, Arihant class submarine.

Vendors and Stakeholders gathering at HSL

New Delhi. Hindustan Shipyard Limited Invited them to be a part of our exciting journey of transformation and revitalization. The objective of the event was to emphasise on the harmonious synchronisation between the Customer, Vendors and HSL as a TEAM.
Posted Date :  11-01-21

New Delhi: As part of the 148th International training programme conducted by International Center for Information System and Audit (iCISA) a delegation of 37 participants from 25 countries visited HSL on 22 Oct 2019 to understand and appreciate the functioning of the PSUs in the country.
Posted Date :  03-12-19

Visakhapatnam: A Vendor Development Programme (VDP) by Confederation of Indian Industry (CII) Andhra Pradesh with HSL is held on 04 Jan 2019. The objective of this meet is to discuss future projects and the requirements as far as outsourcing & materials with prospective vendors.
Posted Date :  09-01-19