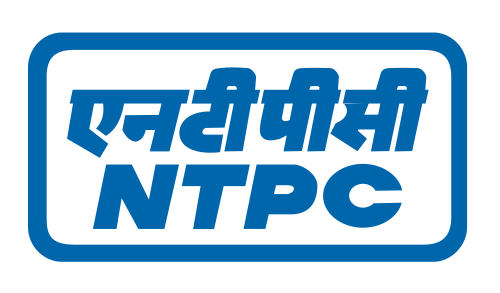 NTPC limited. (formerly known as National Thermal Power Corporation Limited), is an Indian Public Sector Undertaking, engaged in the business of generation of electricity and allied activities. It is a company incorporated under the Companies Act 1956 and is promoted by the Government of India. The headquarters of the company is situated at New Delhi. NTPC's core business is generation and sale of electricity to state-owned power distribution companies and State Electricity Boards in India. The company also undertakes consultancy and turnkey project contracts that involve engineering, project management, construction management and operation and management of power plants.
The company has also ventured into oil and gas exploration and coal mining activities. It is the largest power company in India with an electric power generating capacity of 53,651 MW.[5] Although the company has approx. 16% of the total national capacity it contributes to over 25% of total power generation due to its focus on operating its power plants at higher efficiency levels (approx. 80.2% against the national PLF rate of 64.5%).NTPC currently produces 25 billion units of electricity per month.
It was founded by Government of India in 1975, which now holds 64.74% of its equity shares on 30.06.2016 [6] (after divestment of its stake in 2004, 2010, 2013, 2014, 2016, & 2017)
In May 2010, NTPC was conferred Maharatna status by the Union Government of India,one of the only four companies to be awarded this status.[7] It is ranked 400th in the Forbes Global 2000 for 2016.

NEW DELHI-Ten-day farmers' training on organic farming and Mushroom cultivation, organised by NTPC Rammam, under its Community Development Scheme from 11.01.2022 to 20.01.2022 concluded today. The program was inaugurated by Shri Satish Upadhyay ED and BUH, NTPC Rammam in the presence of Shri
Posted Date :  21-01-22

Shri A K Goswami, RED (ER-II), NTPC focuses on inclusive development by NTPC Bongaigaon to all its stakeholders

Bongaigaon: Shri Asim Kumar Goswami, RED(ER-II), NTPC who is on a three-day visit to NTPC Bongaigaon since 18th December 2021 focussed on inclusive development of all its stakeholders and highlighted that the power station had all the capabilities to make to a model station of NTPC. Shri Goswami was
Posted Date :  20-12-21

NTPC receives acknowledgment from UN for its commitment towards clean Energy

Mumbai: NTPC Ltd, India’s largest integrated energy company received a letter of appreciation from Ms. Damilola Ogunbiyi, Special Representative of the Secretary-General for Sustainable Energy for All and UN-Energy Co-Chair, for its efforts and commitments towards the process of Energy Compact
Posted Date :  17-12-21

New Delhi: NTPC has awarded a project of “Standalone Fuel-Cell based Micro-grid with hydrogen production using electrolyser in NTPC Guest House at Simhadri (near Visakhapatnam)”. It is India’s first Green Hydrogen-based Energy Storage Project. It would be a precursor to large-scale
Posted Date :  15-12-21

Kolkata: National Thermal Power Corporation Limited, (NTPC Limited), a state-owned enterprise under the jurisdiction of the Ministry of Power, Government of India begins the second phase of Remote Telemedicine Centres at 14 of its projects/stations across India.  Gurdeep Singh, CMD, NTPC ltd
Posted Date :  14-12-21

NTPC as a company has always been in the forefront in reducing energy intensity in our country by optimising energy demand and reducing emissions of greenhouse gases (GHG) which are responsible for global warming and climate change. Celebrating the Iconic Week of Energy Conservation starting from to
Posted Date :  08-12-21

New Delhi: National Thermal Power Corporation Limited, Coal Mining achieved an important milestone today as the Government of Jharkhand today on 3rd. Dec.21, handed over 2.05 acres of land to NTPC at Ranchi for construction of the office complex of Coal Mining Headquarters. The said land has be
Posted Date :  03-12-21

Ranchi: The High-Level Expert Committee on Safety in Coal Mines (constituted by the Ministry of Coal for reviewing the safety status in coal mines) interacted with the Regional Executive Director (Coal Mining) & senior NTPC Coal Mining officers (Headquarters-Ranchi) on 29.11.2021. The committee
Posted Date :  02-12-21