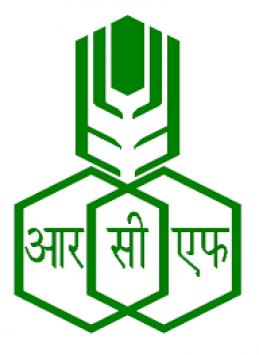 Rashtriya Chemicals & Fertilizers Ltd. is a Public Sector Undertaking in India under the Ministry of Chemicals and Fertilizers of the Government of India, based in Mumbai. RCF is one of the leading producers of fertilizers in India.

Mumbai: Rashtriya Chemicals and Fertilizers Limited, RCF Trombay Unit has received the prestigious ‘CII National Award for Excellence in Water Management 2020’. About CII National Award: The objective of the awards is to recognize and Award “Excellence” in Water Ma
Posted Date :  17-12-20

Mumbai: Rashtriya Chemicals & Fertilizers Ltd (RCF), the fourth-largest producer of fertilizers in India signed MoU with the Department of Fertilizers for the year 2020-21. The MoU was signed by Shri Chhabilendra Roul, Secretary(F) on behalf of DoF.  Smt Alka Tiwari, AS&FA, and G
Posted Date :  10-11-20

New Delhi: CMD RCF unveiled the plan for celebrating VAW2020 on the company’s website.  Keeping in view the Covid restrictions, activities like poster, quiz, webinars would be held on IT platform.  Quiz would also be held for dealers & farmers to increase their awareness.
Posted Date :  26-10-20

RCF Conferred with National Awards for Excellence in PSU

New Delhi: It’s a matter of pride that RCF, Trombay Unit is conferred with National Awards for Excellence in PSU for its efforts on Environmental Sustainability (Green Initiatives) & Environment & Sustainability by World HRD during awards ceremony conducted on virtual platform.
Posted Date :  22-10-20

RCF organized a webinar on innovation and advancement in level instruments

New Delhi: RCF organized a webinar on “Innovation and advancement in Level Instruments” in collaboration with M/s VEGA India on 9th Oct’20. Online quiz was organized at the end of webinar & feedback received from the participants was excellent.
Posted Date :  12-10-20

RCF organized a webinar on Womentoring

New Delhi: RCF organized a Webinar on “Womentoring” for Sr. Women Employees to train them as Mentors. This pool of trained Mentors would mentor, coach, guide and direct the Mentees-Women Employees in their professional and personal growth during initial period of their career.
Posted Date :  21-08-20

RCF conveys best wishes to all the farmers for Kharif 2020

New Delhi: RCF conveys best wishes to all the farmers for Kharif 2020. Agriculture is the major pillar of the Indian Economy & RCF assures of its continuous support to the farmers, especially during this difficult COVID 19 period. May God bless all with a good harvest.
Posted Date :  08-06-20