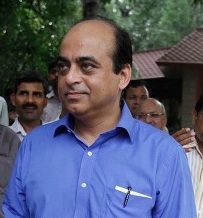 New Delhi: Shri Jalaj Srivastava, a 1984 batch IAS officer, has been appointed the chairman of the Inland Waterways Authority of India (IWAI). The IWAI comes under the Union Ministry of Shipping, Road Transport and Highways, currently headed by Nitin Gadkari.
Srivastava is credited with the launch of various programmes and schemes including the Wi-Fi in the market areas. Also, he is known for launching the “Shakti Cab” project and “URJA” project for women when he was with Delhi government. He is also considered as the man behind the start of “Rahagiri” event that takes place every Sunday in the national capital to promote culture and sports. Similarly, the green waste management, outdoor gymnasium in parks and gardens and rooftop solar city projects were some of his other initiatives.