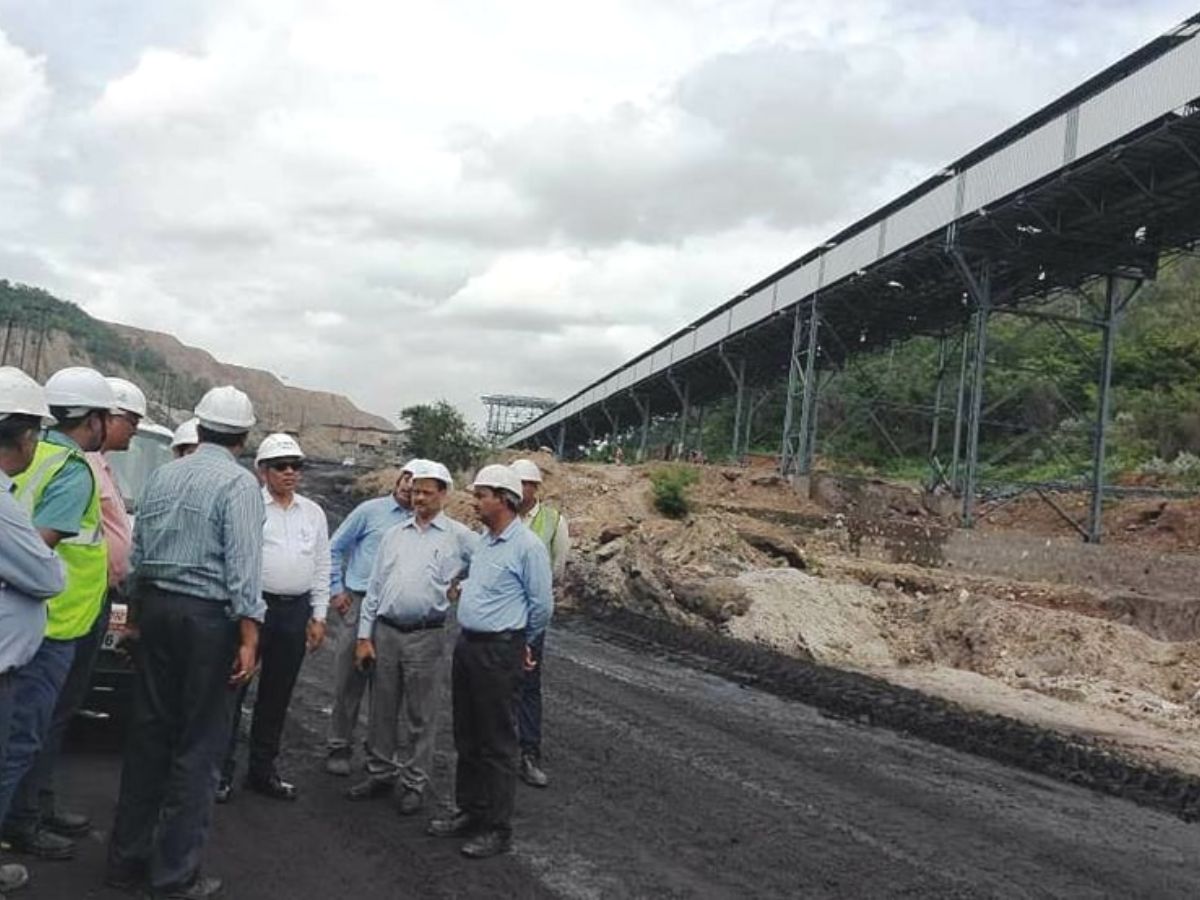 New Delhi: On Friday, Northern Coalfields Limited (NCL), Chairman Shri Bhola Singh visited the FMC projects under construction of Jayant Dudhichua, the company's mega projects and took stock of their progress. During this, Shri SS Sinha, Director (Technical/Project & Planning) of the company was also present. Both these FMC projects are of special importance in the direction of mechanized environmental dispatch.

During his visit, CMD Shri Bhola Singh, after having detailed discussions with the Regional General Managers, Project Incharge and the representatives of the company doing the construction work of CHP, gave directions to complete the work as per the time limit.

At present, the CHP in NCL has an annual capacity of 70 million tonnes. On completion of CHP and other FMC projects under construction in different projects, by the year 2023-24, about 60 million tonnes of additional coal will be sent to green media, which is almost 100% of the total production. is the percentage.

It is worth noting that NCL is investing more than 3 thousand crore rupees on the construction of 9 First Mile Connectivity (FMC) projects. This will play an important role in meeting the company's target of 130 million tonnes of coal production and dispatch through green mode in the year 2023-24.