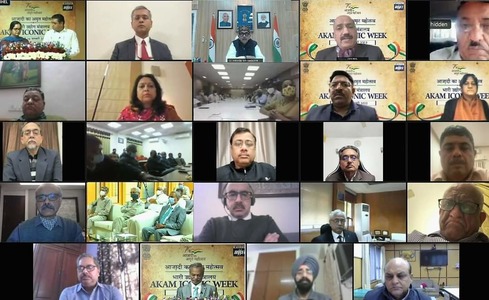 Dr. Pandey also inaugurated an exhibition on ‘Products Developed under Aatmanirbhar Bharat’ organised at BHEL’s Hyderabad unit. In addition, an audio-visual presentation was made on the ‘Unsung Heroes of the Indian Freedom Struggle’ belonging to the Telangana Region. BHEL employees joined the program virtually from multiple locations across the country.

While participants logged-in to the online event in large numbers, the event was also webcast live where scores of employees watched the proceedings through the broadcast mode.