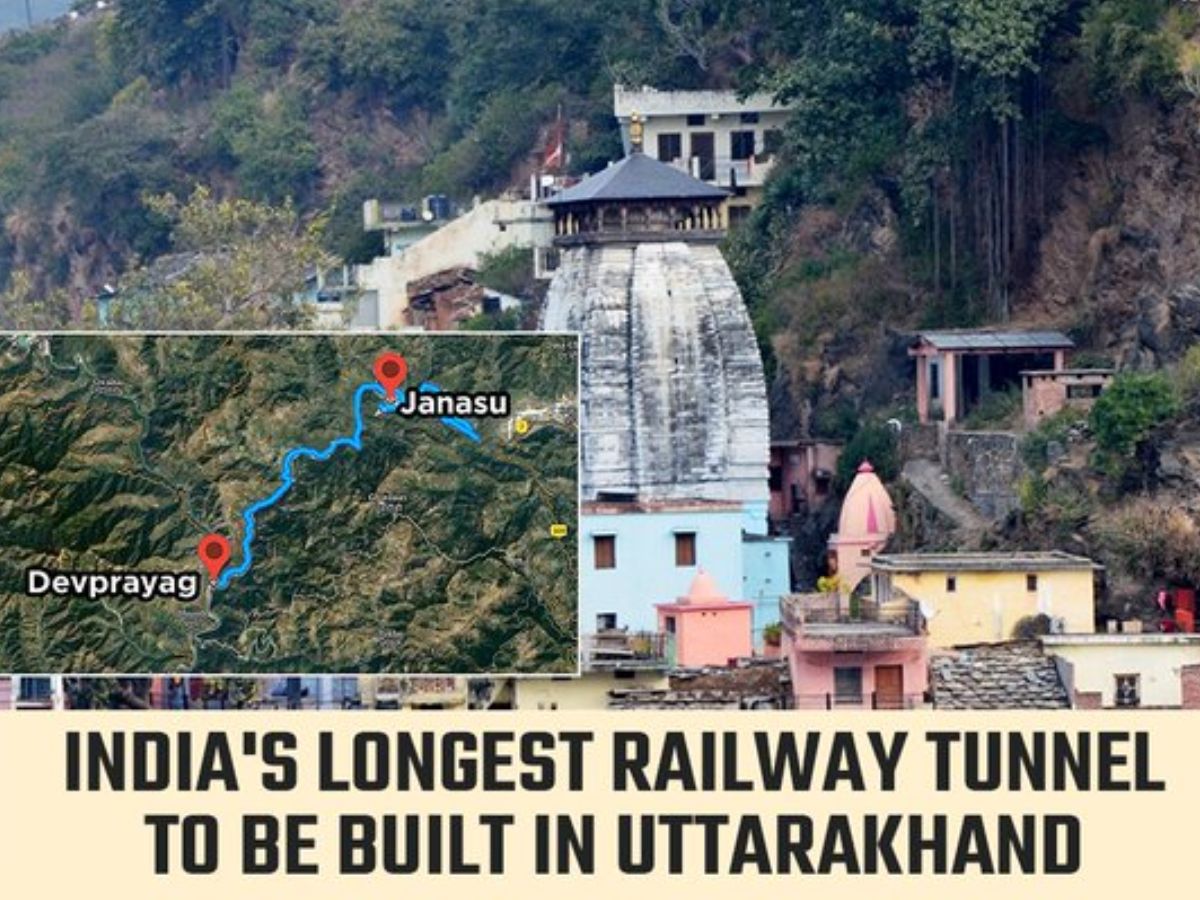 New Delhi: Rail Vikas Nigam Limited (RVNL) a PSU of the Ministry of Railway is executing India's Longest Railway tunnel, spanning 14 kilometers between Devprayag and Janasu, which will be part of the 125 km Rishikesh–Karnaprayag line.

It is Indian Railways' proposed route for the Char Dham Railway to connect the Char Dham pilgrimage of Uttarakhand. The line is also part of an Indian geostrategic initiative to build infrastructure along the India-China border to discourage Chinese expansion.

The Rs 16,200 crore project will reduce travel time between Rishikesh and Karnaprayag from 6-7 hours to 2+1⁄2 hours. It was planned to cross 16 bridges, and 105 km (85 percent) will run through tunnels. A 15.1-km tunnel, reportedly India's longest, will be built between Devprayag and Lachmoli.