Lokpalonline can be accessed by all citizens of the country and complaints can be filed from anywhere, anytime 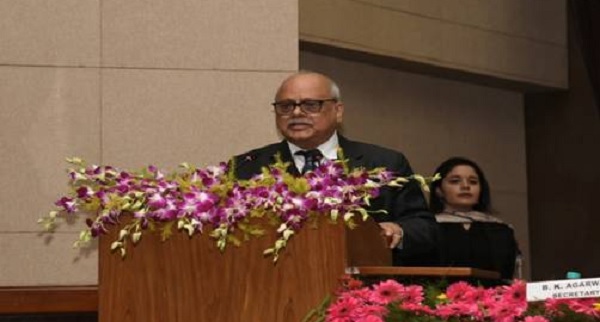 Chairperson, Lokpal of India, Justice Pinaki Chandra Ghose today inaugurated’ a digital Platform for Management of Complaints called ‘LokpalOnline’ here that can be accessed by all citizens of the country and complaints can be filed from anywhere, anytime at  http://lokpalonline.gov.in.

Speaking on the occasion, Justice Pinaki Chandra Ghose said corruption is a key element in the underperformance of the economy and it undermines democracy and rule of law. He said LokpalOnline is an end-to-end digital solution for the management of complaints against public servants filed under the Lokpal and Lokayuktas Act, 2013. Justice Ghosh said that the LokpalOnline is a web-based facility, which will quicken the disposal of complaints in an accountable, transparent, and efficient manner with benefits to all stakeholders. He said, it facilitates handling of complaints during the complete lifecycle of the Complaint, right from its filing to the final disposal and this will bring more transparency and efficiency in the complaint handling mechanism.

In her address, Smt. Justice Abhilasha Kumari, Judicial Member, Lokpal said that the main aim of Lokpal is to free the country from the malady of corruption and to build a strong and corruption-free India. She said, in March 2019, Justice Pinaki Chandra Ghosh was appointed as India’s first Lokpal and as a body, it is still growing and progressing. She said, total transparency, accountability, convenience, and efficiency in functioning is the hallmark of Lokpal, for which the ultimate beneficiary is the common man. She said, steps would be taken to create awareness about the online Lokpal Complaint portal even in rural India so that anyone can file a complaint sitting at home.

Shri B.K. Agarwal, Secretary, Lokpal said that Smt. Justice Abhilasha Kumari headed the committee to supervise the development of this software. He said the Portal provides a Dashboard for every Complainant, enabling him to view the status of his Complaints during its lifecycle. The Complainants also receive email alerts at different stages of the Complaints along with the copy of the order passed by the Lokpal or any of its benches. He said, the Portal, hosted on NIC Cloud, has been developed on an Open Source Technology.  Its security audit has been done by an agency empanelled by the CERT-In (Indian Computer Emergency Response Team), Ministry of Electronics and Information Technology.

Important features of this digital platform are following:

It may be recalled that Lokpal of India, has been established under the Lokpal and Lokayuktas Act, 2013 to inquire and investigate into allegations of corruption against public functionaries falling within the scope and ambit of this Act. At present complaints sent by post, e-mail or delivered by hand are entertained by the Lokpal of India.