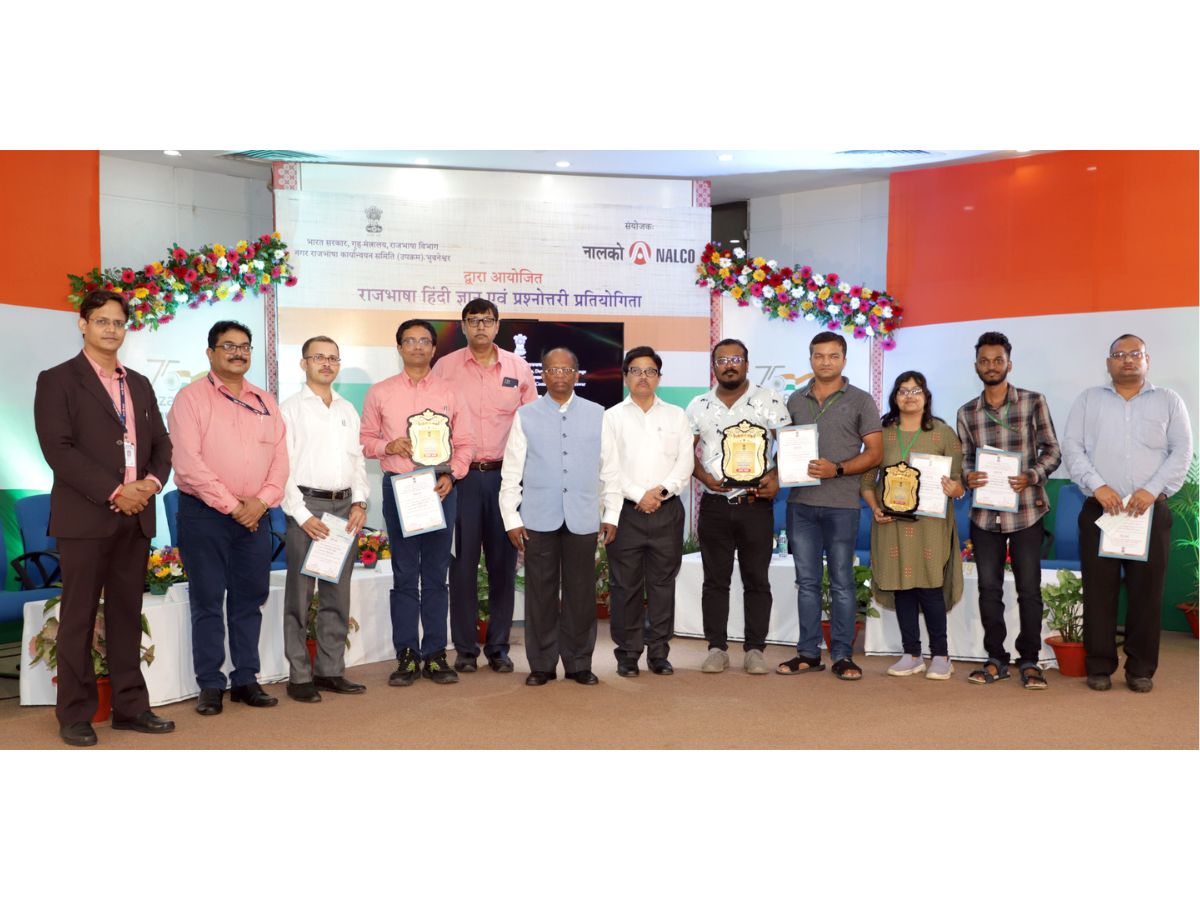 Bhubaneswar: National Aluminum Company Limited (NALCO), a Public Sector 'Navratna' CPSE as the Chairman's Office for Town Official Language Implementation Committee (TOLIC), constituted under the directions of the Department of Official Language, Ministry of Home Affairs, GOI, organized a Quiz competition to promote the usage of Hindi language and as part of Azadi Ka Amrit Mahotsav.

NALCO always takes initiatives for the implementation of Official Language through inspiration and reassurance as the Chairman’s office of TOLIC(U), Bhubaneswar. NALCO, through various initiatives, motivates the member offices of the CPSEs operating in Bhubaneswar to implement the usage of the Hindi language in day-to-day use. In that direction, the open quiz competition was organized in which 15 organisations including IOCL, BPCL, FCI, AAI, NALCO, BSNL, ITDC etc. participated.

The Chief Guest of the event Shri Sridhar Patra, CMD, NALCO & Chairman TOLIC (U) addressed the august gathering and said, “Language is a symbol of our cultural heritage, taking out time from our daily schedule and participating in official language programs is the moral and constitutional onus of every Indian.” Shri Patra also gave away prizes to the winners. Amongst others, the programme was graced by Shri Radhashyam Mahapatro, Director (HR), NALCO, and Vice Chairman, TOLIC (U).