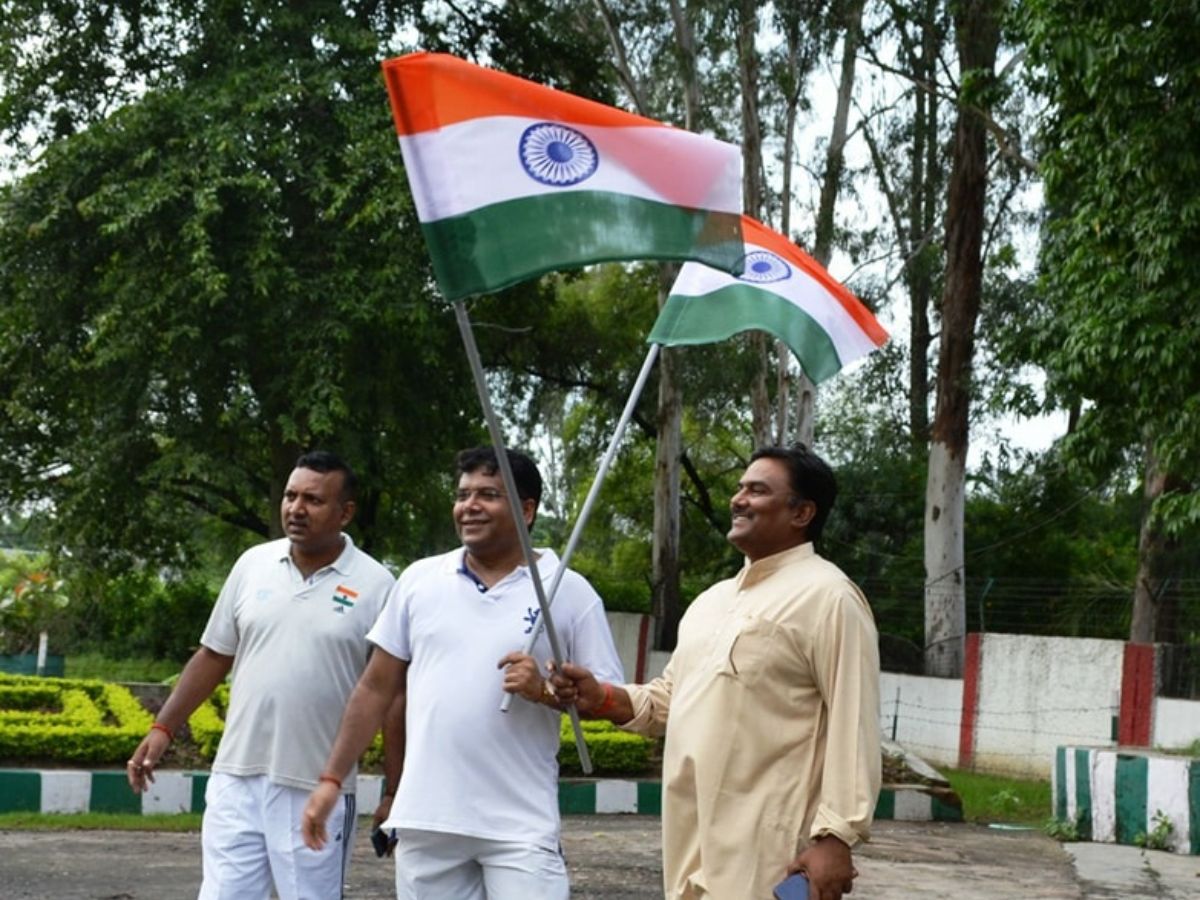 Singrauli: The Government of India has started the “Har Ghar Tiranga” campaign in the entire country under the Amrit Festival of Independence, under which every citizen is being called to hoist the tricolor at his home from 13 August to 15 August 2022. Northern Coalfields Limited (NCL) is taking many effective steps to promote and spread this campaign widely in the Singrauli region and to make it a mass movement.

On Sunday, the personnel of Amalori area of ??Northern Coalfields Limited (NCL) and the members of the unit of the Central Industrial Security Force posted here organized a Prabhat Pheri to make their personnel and the general public aware about the Tricolor campaign at Har Ghar. The Commandant, CISF, NCL Amlori Unit, Shri Subrata Kumar Jha flagged off the rally in the morning from near the statue of Father of the Nation Mahatma Gandhi at Amlori residential complex.

Through this rally, people were encouraged to unfurl the tricolor in their homes from 13th August to 15th August 2022 and be a part of this campaign by going to Navanagar market and nearby villages through NCL residential complex. During this street, plays were organized at all the major places and the national flag was distributed among the spectators and villagers. The Prabhat Pheri concluded with the national anthem near the statue of Netaji Subhas Chandra Bose in the NCL Amlori residential complex.

NCL's Dudhichua area handed over 150 tricolor flags at Shaktinagar Police Station on Sunday as part of the 'Har Ghar Tricolor' campaign. Dudhichua area is doing wide publicity and dissemination to connect the nearby people with this campaign.

It is worth mentioning that NCL is distributing more than 36,000 national flags in the surrounding area under the 'Har Ghar Tiranga Abhiyan'. Along with this, the company has geared up for the massive success of this campaign through various competitions, tricolor rally, selfie venue, banners / posters / hoardings etc. in all the projects and units including headquarters.