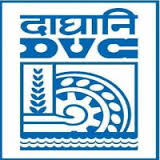 DVC emerged as a culmination of attempts made over a whole century to control the wild and erratic Damodar River. The valley has been ravaged frequently by floods at varying intensities. Serious floods occurred in 1730, 1823, 1848, 1856, 1882, 1898, 1901, 1916, 1923, 1935 & 1943. The river spans over an area of 25,235 sq. km covering the states of Bihar (now Jharkhand) & West Bengal. The catastrophe caused by the 1943 flood, led to serious public indignation against the Government. As a result, the Government of Bengal appointed a board of Enquiry titled "Damodar Flood Enquiry Committee"with the Maharaja of Burdwan and the noted physicist Dr. Meghnad Saha as members for suggesting remedial measures.
The Damodar Flood Enquiry Committee suggested creation of an authority similar to the Tennessee Valley Authority in the USA, and recommended the construction of dams and storage reservoirs at the sites with a total capacity of 1.5 millions acre ft. (1.850 millions cu. M) and highlighted the possibilities of multipurpose development in the valley area. The Govt. of India then commissioned the ‘Central Technical Power Board’ to study the proposal and appointed Mr. W L Voorduin, a senior engineer of the TVA to study the problem at the Damodar and to make his recommendation for comprehensive development of the valley. Accordingly, in August, 1944 Mr. Voorduin submitted his ‘Preliminary Memorandum on the unified Development of the Damodar River.’
Mr. Voorduin's "Preliminary Memorandum" suggested a multipurpose development plan designed for achieving flood control, irrigation, power generation and navigation in the Damodar Valley. Four consultants appointed by the Government of India examined it. They also approved the main technical features of Voorduin's scheme and recommended early initiation of construction beginning with Tilaiya to be followed by Maithon. By April 1947, full agreement was practically reached between the three Governments of Central, West Bengal and Bihar on the implementation of the scheme and in March 1948, the Damodar Valley Corporation Act (Act No. XIV of 1948) was passed by the Central Legislature, requiring the three Governments, The Central Government and the State Governments of West Bengal and Bihar (now Jharkhand) to participate jointly for the purpose of building the Damodar Valley Corporation. The Corporation came into existence on 7 July 1948 as the first multipurpose river valley project of independent India.

Ranchi: In collaboration with Damodar Valley Corporation and Jharkhand Government, a two-day Corona check-up camp was organized at DVC + 2 High School in Maithan on 16 and 17 August, 2020 with passports other than corporation officers and staff. A total of 300 people connected to the area were te
Posted Date :  24-08-20

Kolkata: On the auspicious occasion of 74rd Independence Day Da. Wound. Ni. Flag hoisted today (15.08.2020) by the member-secretary of the corporation at the head office premises, Kolkata. The officers and guests present on the occasion paid full attention to the need to maintain social distancin
Posted Date :  15-08-20

DVC first in the latest rankings of the National Hydrology Project

New Delhi: DVC has stood First in the latest rankings of the National Hydrology Project (NHP). The rankings for May 2020 were released by the Ministry of Jal Shakti, Department of Water Resources, River Development & Ganga Rejuvenation, Thirty-Three surface and ground water agencies in the S
Posted Date :  25-06-20

New Delhi: The Koderma Thermal Power Station (KTPS) of DVC achieved a PLF of 100% on 14th May 2020. The power station has an installed capacity of 1000 MW (2X500 MW) and is located in the State of Jharkhand. This operational excellence has come in the midst of the pandemic where there is a na
Posted Date :  15-05-20

New Delhi: Nation is going through an unprecedented Novel Coronavirus pandemic. A large amount of resources need to be mobilized at this moment. Damodar Valley Corporation (DVC) has again risen and contributes Rs 1,51,33,531/- to the ‘Prime Minister’s Citizen Assistance and Relief in Emergen
Posted Date :  18-04-20

New Delhi: DVC MTPS pays floral tribute to Babasaheb Dr. B.R. Ambedkar by garlanding his statue on his 129th Birth Anniversary on 14th April 2020. All protective measures were taken in accordance with guidelines issued by Government including maintaining of social distancing on Covid 19.
Posted Date :  14-04-20

DVC contributes for development of clean and green zone

DVC to set up Renewable Energy Facilities at Ramakrishna Mission

Kolkata: Damodar Valley Corporation (DVC) Celebrates 5th 'International Day of Yoga' (IDY) on 21stJune 2019 across the Valley with the enthusiastic participation of employees, CISF Jawans and their family members.   The logo of IDY-2019 reflects harmony and peace for humanity wh
Posted Date :  22-06-19