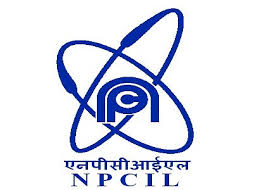 The Nuclear Power Corporation of India Limited (NPCIL) is a government-owned corporation of India based in Mumbai in the state of Maharashtra. It is wholly owned by the Central Government and is responsible for the generation of nuclear power for electricity. NPCIL is administered by the Department of Atomic Energy, Govt. of India (DAE).

Nuclear Power Corporation of India Limited (NPCIL) is a Public Sector Enterprise under the administrative control of the Department of Atomic Energy (DAE),Government of India. The Company was registered as a Public Limited Company under the Companies Act, 1956 in September 1987 with the objectives of operating atomic power plants and implementing atomic power projects for generation of electricity in pursuance of the schemes and programmes of the Government of India under ﻿﻿the Atomic Energy Act, 1962. NPCIL also has equity participation in BHAVINI, another PSU of Department of Atomic ﻿Energy (DAE) which implements Fast Breeder Reactors programme in the country.﻿

NPCIL is responsible for design, construction, commissioning and operation of nuclear power reactors. NPCIL is a MoU signing, profit making and dividend paying company with the highest level of credit rating (AAA rating by CRISIL and CARE). NPCIL is presently operating 22 commercial nuclear power reactors with an installed capacity of 6780 MW. The reactor fleet comprises two Boiling Water Reactors (BWRs) and 18 Pressurised Heavy Water Reactors (PHWRs) including one 100 MW PHWR at Rajasthan which is owned by DAE, Government of India and two 1000 MW VVER reactor KKNPS-1&2, in this, latest addition to the fleet is the unit-2 of Kudankulam Nuclear Power Station, a 1000 MW VVER (Pressurised Water Reactor type), which has started its commercial operation on March 31, 2017. Currently NPCIL has Eight reactors under various stages of construction totaling 6200 MW capacity.

Pre-project activities at new sites, which were accorded ‘in principle' approval by the Government, have been initiated so as to enable early launch of projects at these sites.Being a responsible corporate citizen, NPCIL accomplishes CSR activities and implements projects related to Sustainable Development (SD). The company is compliance to Corporate Governance as per guidelines issued by Department of Public Enterprises (DPE).