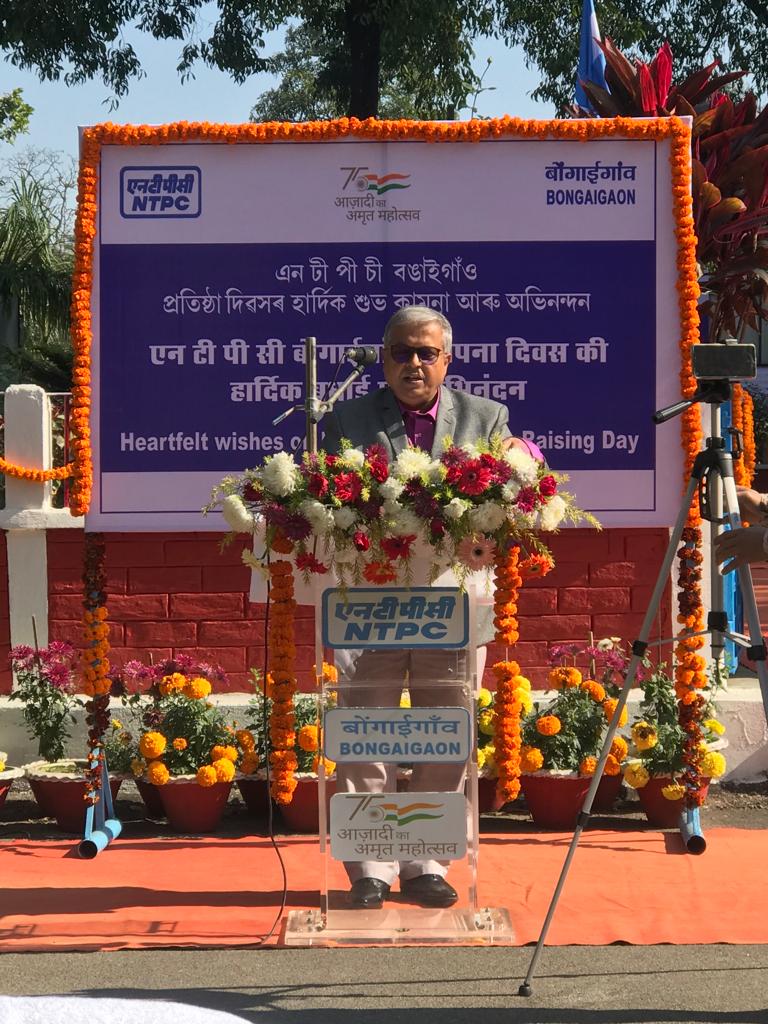 In his address to the employees, Shri Mandal said NTPC Bongaigaon’s foundation stone laid on 16th January 2006 has not only opened the gates of development in the area but also have triggered new vistas of employment opportunities in the entire BTR area.

Shri Mandal highlighted various achievements of the station and how NTPC Bongaigaon has today accelerated not only in many areas of Operations and Maintenance but also have created a positive image in the entire power map of the state and the nation. He underlined the fact that the plant the station achieved more than 100% daily PLF for the first time by generating 18.25 MU (101.39 % PLF) on 18-March-2021 since inception of all 3 units (Previous best was 17.79 MU on 17th Mar '2021). The station achieved highest ever monthly PLF achieved 75.86% in April 2021 surpassing the previous best of 74.32% in March 2021

He emphasised the fact that the commitment of the power station towards our society, environment and nearby stakeholders must be adhered at all levels and urged all to work, think and strategize on projecting NTPC Bongaigaon as a professionally driven and value-based organisation.

Shri Mandal also outlined the initiatives taken in NTPC Bongaigaon on the O&M, environment, ash utilisation and COVID 19 management front and thanked all union and associations, welfare bodies and Bardwi Sikhla Ladies Club for their constant support and feedback.

On COVID front, Shri Mandal told all to follow necessary SOPs in wake of the third wave and stressed on vaccination. The entire program was held with all COVID protocols and was also aired LIVE to employees.