In view of the Cyclone Tauktae approaching Western Coast of India, as per the Technical Circular issued on the subject, senior management at the Airports Authority of India took stock of the preparedness of western coastal airports 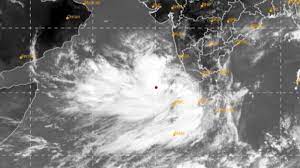 Airports in Western Coast take all precautions in view of Cyclone Tauktae approaching
New Delhi: In view of the Cyclone Tauktae approaching Western Coast of India, as per the Technical Circular issued on the subject, senior management at the Airports Authority of India took stock of the preparedness of western coastal airports in Southern Region and Western Region through a Video Conference at Corporate Headquarters in Delhi. Shri I.N Murthy Member (Operations), AAI directed the concerned airports to take all precautions and plan their preparedness.

Operation of scheduled flights at Agatti Airport in Lakshadweep have been suspended due to heavy rain till 16th May 2021 (10 AM). The airport will be made operational as and when cyclone passes the area. AAI Senior Management is consistently monitoring the situation at the other airports and so far, nothing adverse is reported and all operations are normal.

Keeping safety in mind and to minimize damage to the airport infrastructure, airports are advised to plan as per as per the SoP & guidelines. To safeguard the Airport Infrastructures, precautionary measures as per check lists for Pre-Cyclone and Post-Cyclone are being ensured by concerned airports.

IMD issued a weather forecast regarding Pre-Cyclone watch for south Gujarat & Diu coasts (Depression over Lakshadweep area). As per the forecast, it is very likely to intensify into a Cyclonic Storm during next 24 hours and intensify further. It is very likely to move north-northwestwards and reach near Gujarat coast by 18th May morning and Warning has been issued for Lakshadweep Islands, Kerala, Tamil Nadu (Ghat districts) and Karnataka (coastal & adjoining Ghat districts).