GSL Signed a Contract with Ministry Of Defence for Acquisition of Two 1135.6 Follow-on Ships for Indian Navy MOU 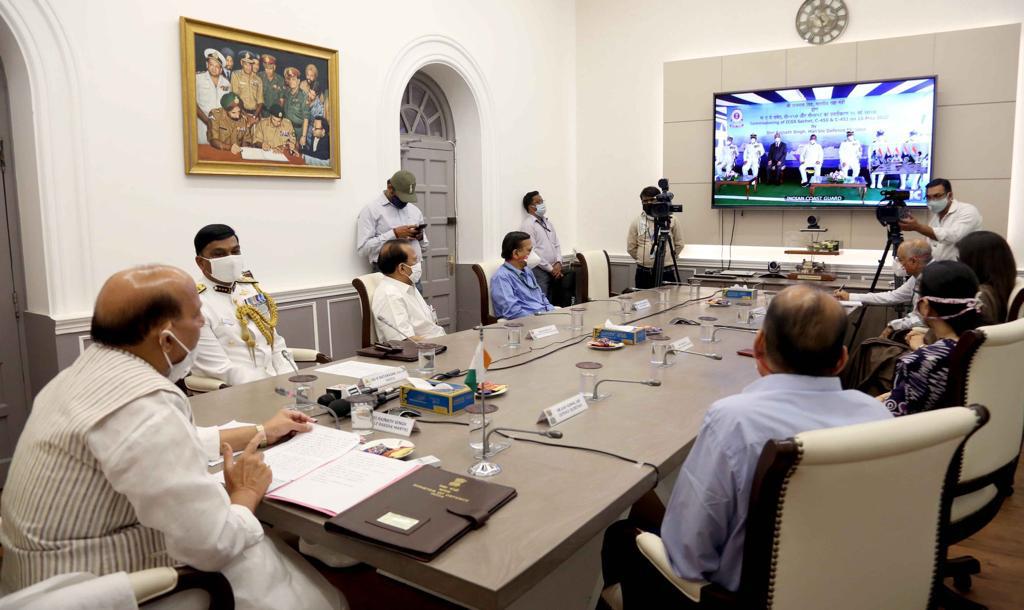 Vasco/New Delhi: In a major boost to ‘Make in India’ and indigenous shipbuilding, Goa Shipyard Limited (GSL) signed the contract with Ministry of Defence Govt. of India for construction of 02 Advanced Missile Frigates for the Indian Navy. The contract was signed on 25 Jan 2019 between Ministry of Defence and Goa Shipyard Limited at New Delhi.
The first ship is scheduled to be delivered in 2026. The ships are to be constructed at Goa Shipyard under Transfer of Technology with Russia as per Govt to Govt Agreement. Under the Agreement, the Russian side will provide Design Documentation, part Build Material and technical assistance for construction of ships at Goa Shipyard. It will be a major import substitute Project, wherein a large number of major equipment will be substituted with indigenous equivalent, in addition to the planned use of significant indigenous build material. The entire hull of the ships will be built with indigenous steel.
The Follow-on P 1135.6 series of frigates, customised to meet the Indian Navy’s specific requirements, are potent platforms, with a mission span covering the entire spectrum of Naval warfare; Air, Surface and Sub-surface. The ships would be equipped to operate in littoral and blue waters; both as a single unit and as consorts of a naval task force. Advanced features of stealth include a special hull design, to limit radar cross-section, low electromagnetic, infrared and underwater noise signatures. The ships would carry highly sophisticated and state-of-art weapon systems and sensors.
The Project is the largest shipbuilding project in the history of Goa Shipyard and will propel it into the select league of shipyards which can design and construct complex weapon intensive ships such as Frigates. It will also open a number of export opportunities for the Shipyard in this niche segment. The challenging Project will demand to upgrade of skill sets, technology, infrastructure in new areas of weapon integration, testing, trials, and propulsion system integration. Goa Shipyard, with its existing track record of delivering ships on time, high productivity and proven record for exports, has already commenced infrastructure development and comprehensive planning to effectively execute the Project.
The shipbuilding Project will also provide opportunities for the ancillary shipbuilding industry, as a large number of systems, equipment and yard material will be sourced indigenously, contributing to ‘make in India’ thrust of the Govt. Further, the service industry, especially at Goa, will gain from the services outsourced by the Shipyard, bringing employment for the local populace.

NTPC will develop the solar projects in Jaisalmer