Minister Shri Joshi said that the Centre can consider more incentives to the State Governments to give more fillip to the mining process across the Nation. 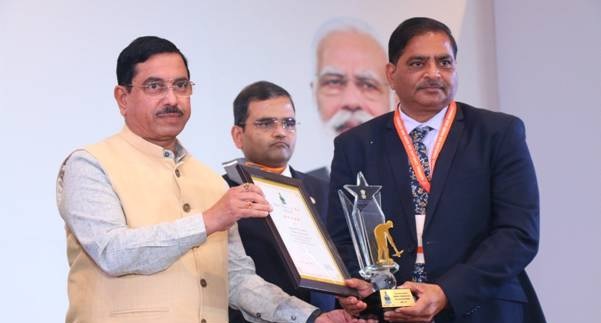 New Delhi: Union Minister of Coal, Mines and Parliamentary Affairs Shri Pralhad Joshi said that Ministry of Mines is open to considering further policy reforms to bring about more growth in the mining sector of the country. Addressing the fifth National Conclave on Mines and Minerals here today, Minister Shri Joshi said that the Centre can consider more incentives to the State Governments to give more fillip to the mining process across the Nation.

He urged the State Governments to strengthen available mineral infrastructure for attaining this goal. The Minister pointed out that during the first seven months of this financial year, Odisha Government has generated Rs.10000 Crore through a proactive auction process of mines. He added that the focus should be on reducing the import of minerals to the very minimum.

During the day-long conclave, Minister Shri Joshi gave away awards to 5-star rated mines for sustainable mining practices and all-around performance. In all 149 awards for the last three years have been given away to different public and private sector firms from across the country. Handing over of 52 Geological Survey of India (GSI) approved mine blocks to 15 State Governments was one of the major highlights of the National Conclave. The Minister also inaugurated an E-portal of an accreditation scheme for Mineral exploration.

Earlier, panel discussions on recent amendments in Mineral Act and rules and presentation by state Government Mining department officials have been held as part of the conclave. GSI has presented a technical session on advanced exploration technology and the ongoing strategy for identifying more mineral blocks.

The first ever national conclave on Mines and Minerals was held at Raipur in 2016. Subsequently similar conclaves have been held annually in Delhi and Indore. At the onset of the Mines and Minerals (Development and Regulation) Amendment Act, 2015, the regime of auction for grant of mineral concessions has brought about transparency and removed discretion to a great extent. This has not only resulted in a substantial increase in the revenue to the State Governments but also brought about the paradigm of ‘ease of doing business in the mining sector.