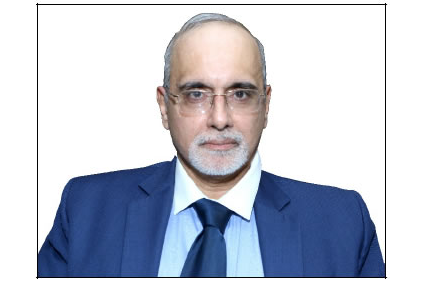 New Delhi: The reserve bank of India appoints Shri M. Rajeshwar Rao as the deputy governor. In pursuance with the Government of India notification dated October 8, 2020, he took over as the Deputy Governor of Reserve Bank of India on October 9, 2020, for three years or until further orders, whichever is earlier.

Shri Rao, a career central banker joined the Bank in 1984 and has worked in various positions in Reserve Bank of India. As Executive Director, he was looking after the Financial Markets Operation Department. He was also handling the International Department, the Internal Debt Management Department, and the Secretary’s Department in RBI.

Before taking over as the Executive Director, Shri Rajeshwar Rao was the Chief General Manager, Financial Markets Operation Department and had previously held charge of the Risk Monitoring Department. He has also worked as the Banking Ombudsman, New Delhi. He has also worked in the central offices of the Foreign Exchange Department and Department of Banking Regulation as well as in the Reserve Bank’s regional offices at Ahmedabad, Hyderabad, Chennai, and New Delhi.

Shri Rajeshwar Rao has a Bachelor of Arts in Economics and a Master of Business Administration from the University of Cochin. He is also a Certificated Associate of Indian Institute of Bankers.

Mumbai: On the 4th Foreign Exchange Dealer’s Association Annual Day held on Thursday, November 26th, 2020 the Governor of Reserve Bank of India Shri Shaktikanta Das has raised concerns over the demand sustainability which is consistently sliding down due to the close of markets in the
Posted Date :  27-11-20

New Delhi: The Reserve Bank of India extended the validity of the directions from time-to-time, the last being up to November 30, 2020. RBI vide directive dated February 21, 2013, had placed the Rupee Co-operative Bank Ltd., Pune, Maharashtra under Directions from the close of business on Februar
Posted Date :  26-11-20

New Delhi: The Union Cabinet, chaired by the Prime Minister, Shri Narendra Modi has given its approval to the Scheme of Amalgamation of Lakshmi Vilas Bank Limited (LVB) with DBS Bank India Limited (DBIL). On November 17 2020, to protect depositors' interest and in the interest of financial an
Posted Date :  25-11-20

New Delhi: The Reserve Bank of India had constituted an Internal Working Group (IWG) on June 12, 2020 to review extant ownership guidelines and corporate structure for Indian private sector banks. The Terms of Reference of the IWG inter alia included review of the eligibility criteria for individ
Posted Date :  24-11-20

Corporate hands on Banking Sector most NBFCs are corporate groups

New Delhi: The continuous decline in the credit growth since 2009-10 till 2020-21 it is showed that the Indian Bank including the public sector banks has a drawback and unable to set up the credit needs of the economy due to limited capital.    The new gateways of the banking to
Posted Date :  23-11-20

NewDelhi: The Reserve Bank of India suggests converting the large Non-Banking Financial Company (NBFCs) into banks according to the fulfillment of certain criteria.   The central bank panel recommended that Well run large NBFCs, with an asset size of Rs 50,000 crore and above, i
Posted Date :  20-11-20

New Delhi: The State Bank of India's one more step towards giving the best services to its customers. India's largest public sector bank is set to upgrade its internet banking platform to provide for a better experience.    SBI says, "We request our esteemed custome
Posted Date :  19-11-20

Maharashtra: After a massive loss faced by the Punjab and Maharashtra Cooperative Bank, there comes a ray of hope from some investors of the Business group. these groups have shown interest in the revival of the beleaguered PMC Bank.   It has been said that there are few enquiri
Posted Date :  18-11-20

New Delhi: RBI, Reserve Bank imposed a penalty of Rs 50 lakh on the Central bank of India for non-compliance with its directions on disbursal of some housing loans, on Tuesday said.    RBI mentioned in its statement, "Reserve Bank of India (RBI) has, by an order dated Novem
Posted Date :  17-11-20

Hyderabad: SBI Promoting its core value of sustainability, and adopted 15 tigers as part of Nehru Zoological park's Animal Adoption Programme. "Your bank is committed to supporting the preservation of wildlife and endangered species." SBI mentioned.    Since 2014,
Posted Date :  16-11-20

New Delhi: The Indian Bank's Association and Workmen Unions agreed on the increment on the total quantum of wage increase is Rs 3,385 crore. This wage revision case for the public sector bank officers has been pending since 2017. Now it is signed, sealed, and delivered.    T
Posted Date :  16-11-20

New Delhi: After a long wait and many legal issues faced by WhatsApp, the new whatsapp pay feature is finally gone live in India the company said. WhatsApp mentioned in its blog that it wants to make money transferring as easy as sending messages on the app.    Currently, Indian
Posted Date :  09-11-20