"We are privileged to serve and welcome passengers to God’s Own Country filled with lush greenery, beautiful beaches, and exquisite cuisine." 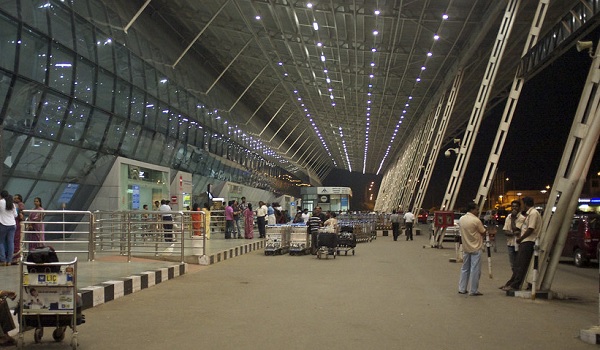 New Delhi: An Indian multinational conglomerate, Adani Group today took over the operations, management, and development of the Thiruvananthapuram international airport. Formally in a tweet Adani group mentioned, "Connecting lives with cherished travel experiences, we are pleased to share that #ThiruvananthapuramAirport is now a #GatewayToGoodness. We are privileged to serve and welcome passengers to God’s Own Country filled with lush greenery, beautiful beaches, and exquisite cuisine."

According to PTI, The group took over the operations of the airport despite protest by both ruling LDF and opposition UDF against handing it over to private players. Last year, the Kerala Assembly had unanimously passed a resolution protesting the privatisation of the airport.

New Delhi: The American multinational tech company on Oct 18, 2021, unveils its latest game-changing MacBook Pro powered by the all-new M1 Pro and M1 Max. This is the first pro chips designed for the Mac which is available in 14- and 16-inch models.  This MacBook Pro delivers groundbrea
Posted Date :  19-10-21

New Delhi: Azim Premji, who is widely known for his philanthropic work, received Rs 18,000 crore in dividends and buybacks in the past five years. The number has only been rising since 2019 when he committed that the economic benefits that come from 67 per cent of Wipro shares, through dividends, sh
Posted Date :  18-10-21

Adani group took over the operations of Thiruvananthapuram international airport

AirAsia India returns to Terminal 1 in Mumbai from 16th October

Mumbai: Celebrating the International Day of Girl Child, Essar is illuminating Essar House, it's iconic headquarters opposite Mahalaxmi Racecourse, to Pink. Since 2015, Essar and its cultural philanthropy arm, Avid Learning, have been celebrating this day in partnership with the Consulate Gen
Posted Date :  11-10-21

New Delhi: Reliance Industries (RIL) on Sunday has announced the acqqusition of REC Solar Holdings AS (REC Group) from China Bluestar (Group) Co for an enterprise value of $772 million or Rs 5,800 crore. According to the RIL, the acquisition will help the company set up its integrated metallic silic
Posted Date :  11-10-21