This Modern Marvel will be E-Inaugurated by Prime Minister Shri Narendra Modi. 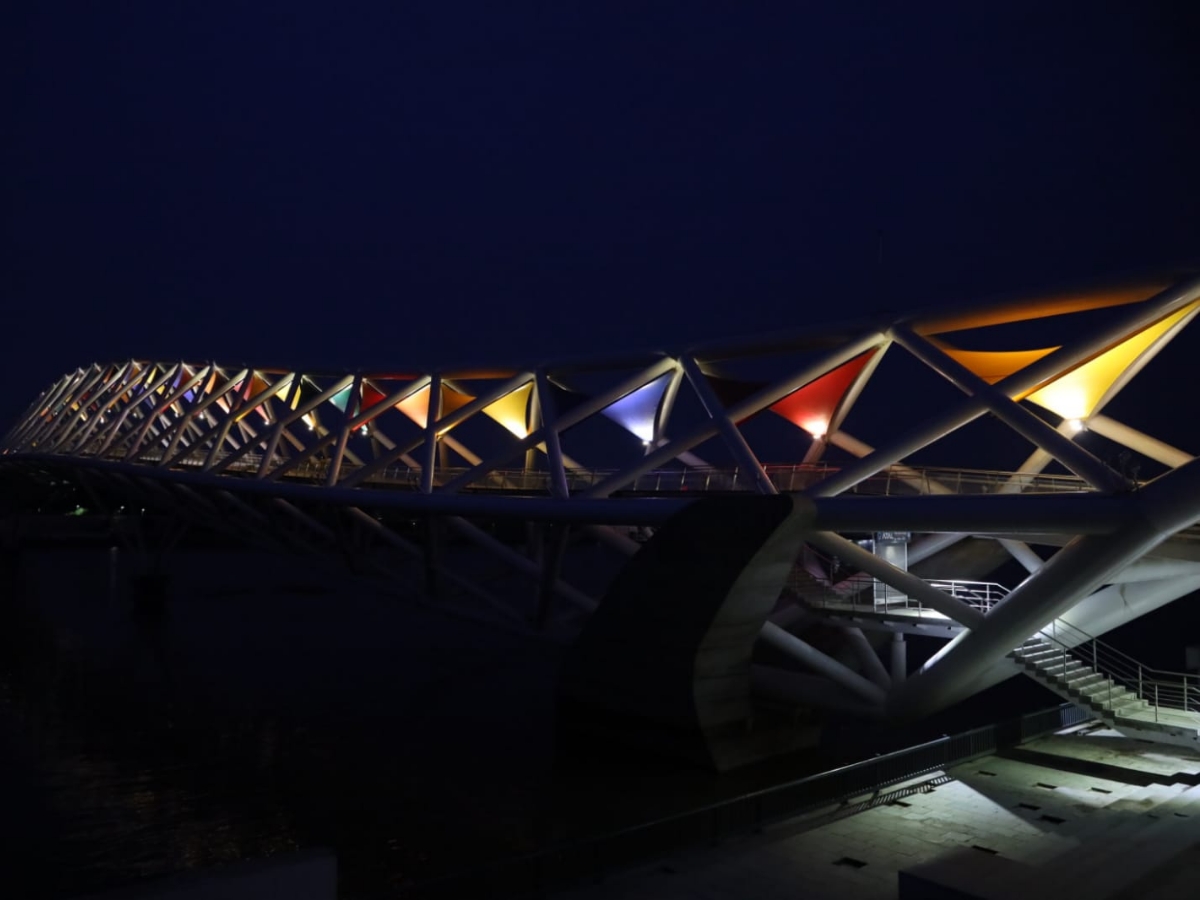 New Delhi: Ahmedabad's another Beauty, the Atal Bridge which connects the eastern and western sides of Sabarmati Riverfront is all ready to inaugurate today, August 27, 2022. This Modern Marvel will be E-Inaugurated by Prime Minister Shri Narendra Modi.

"Our prized possession, the Sabarmati Riverfront just gets better as we open doors to the Atal Bridge. The modern marvel would be E-Inaugurated, tomorrow 27th August, Saturday by H'ble PM Shri @narendramodi Ji" Amdavad municipal corporation tweeted on Friday.

Back in March 2018, a steel foot overbridge (pedestrian bridge) was approved by the Sabarmati Riverfront Development Corporation Ltd (SRFDCL) connecting both banks of Sabarmati river, at a cost of Rs 74 crore (US$9.3 million).

The Ahmedabad Municipal Corporation named it after former Indian Prime Minister Atal Bihari Vajpayee on his birth anniversary on 25 December 2021. The construction was completed by June 2022. It will be opened to public on 28 August 2022 by Prime Minister Narendra Modi.

An exemplary landmark of the Sabarmati Riverfront! https://t.co/yINPbgnAv5