Union Minister of Civil Aviation Shri Jyotiraditya M. Scindia said that it is a project conceived to achieve contactless, seamless processing of passengers at Airports, based on Facial Recognition Technology (FRT). 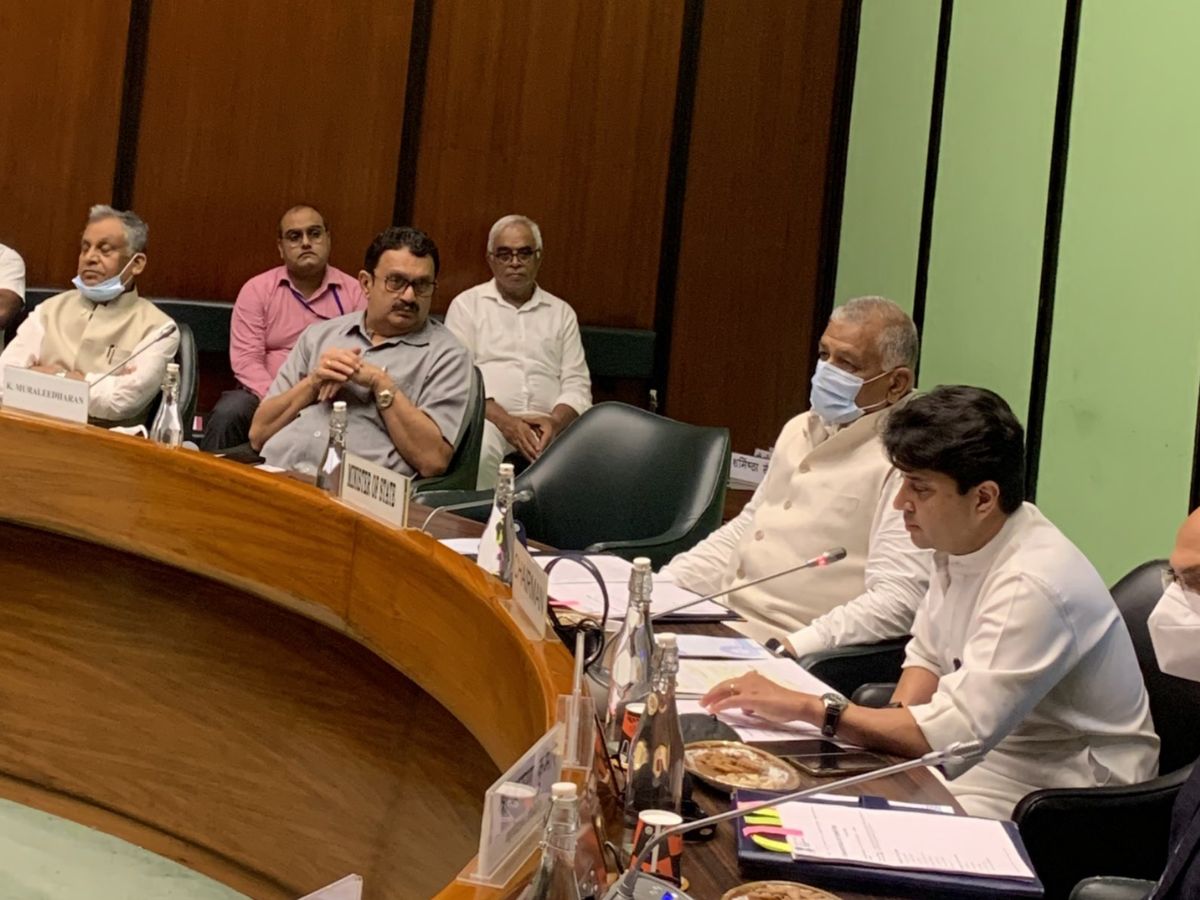 New Delhi: The Consultative Committee meeting of the Ministry of Civil Aviation was held in New Delhi today. The topic for discussion was ‘DIGI YATRA’. Hon’ble members of Parliament, who are members of the committee, took part in the meeting and made certain valuable suggestions about the project.

Giving the background of ‘DIGI YATRA’, the Union Minister of Civil Aviation Shri Jyotiraditya M. Scindia said that it is a project conceived to achieve contactless, seamless processing of passengers at Airports, based on Facial Recognition Technology (FRT).

The project basically envisages that any traveler may pass through various check points at the airport through a paperless and contactless processing, using facial features to establish the identity which would be linked to the boarding pass. He said that the privacy issues have been taken care of in the system.

It provides for decentralized mobile wallet-based identity management platform which is cost effective and addresses privacy/data protection issues in implementation of Digi Yatra.

After approval of the revised Digi Yatra guidelines, an AIC (Aeronautical Information Circular) has been published by DGCA on 18.04.2022.

Digi Yatra Foundation (DYF) has been set up as a joint venture (JV) company in  2019 under Section 8 of the Companies Act, 2013 whose shareholders are AAI (26% shares) and BIAL, DIAL, GHIAL, MIAL and CIAL. These 5 shareholders equally hold the remaining 74% of the shares. The Foundation was formed, with the objective of creating the Digi Yatra Central Ecosystem (DYCE).

Digi Yatra Foundation will be a pan-India entity and the custodian of the Passenger ID validation process. It will also develop consensus amongst the Aviation Stakeholders in India.

In first phase, Digi Yatra is proposed to be rolled out at two Airports namely Varanasi and Bengaluru in August 2022 and at five Airports namely Pune, Vijayawada, Kolkata, Delhi and Hyderabad by March next year. AAI will identify their airports where Digi Yatra would be implemented in   phased manner.