‘Swachh Sagar Surakshit Sagar’, an initiative by the Ministry of Earth Sciences, today marked the conclusion of the 75 day long coastal cleanup drive to clean 75 beaches across the country. 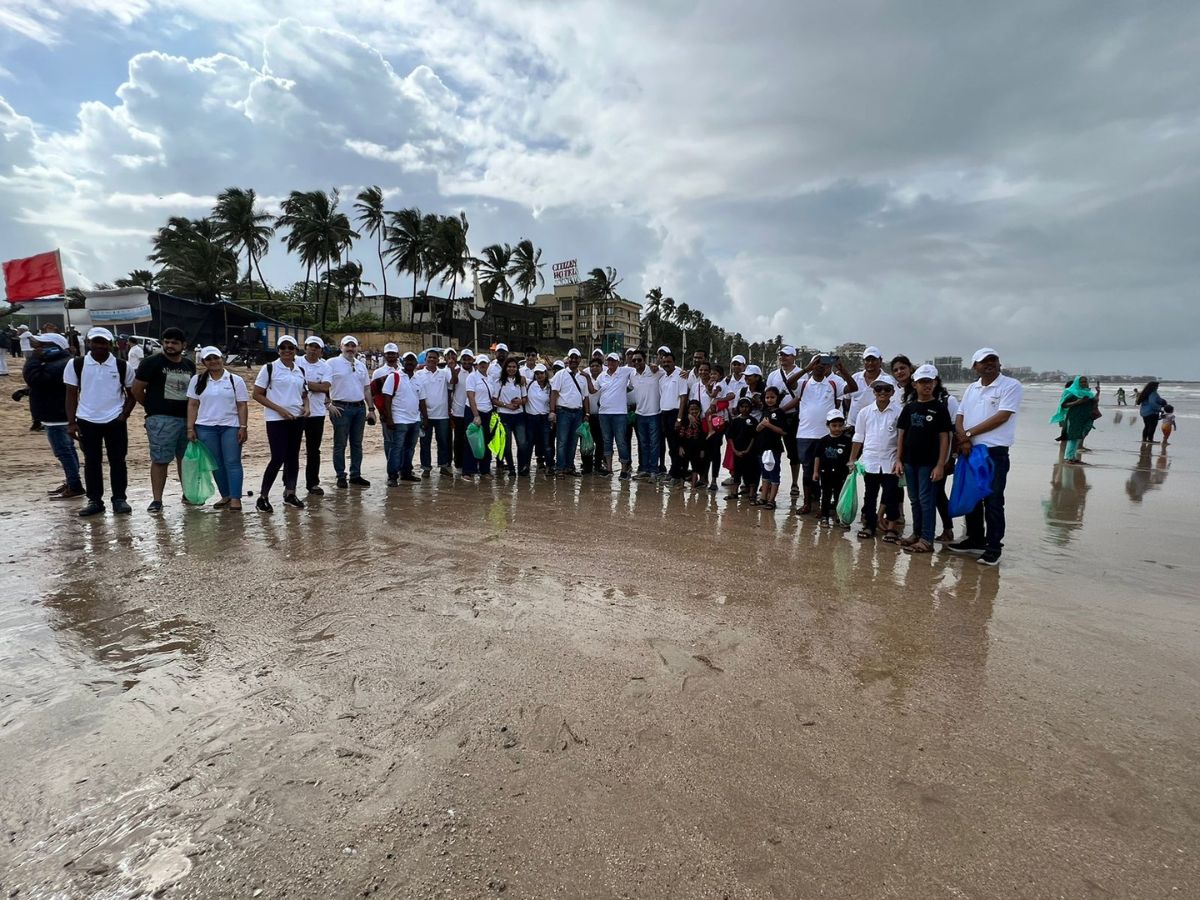 Mumbai: Sitting on the crown of Indian Ocean, India is blessed with a 7,500 km long coastline bestowing plethora of exclusive advantages. Understanding the strategic location and tremendous potential of the coastline while focusing on the importance of creating awareness towards environment conservation, Essar today joined hands with Indian Coast Guard for the largest coastal cleanup drive ‘Swachh Sagar Surakshit Sagar’ in Mumbai on "International Coastal Clean-up Day".

‘Swachh Sagar Surakshit Sagar’, an initiative by the Ministry of Earth Sciences, today marked the conclusion of the 75 day long coastal cleanup drive to clean 75 beaches across the country.

Essar’s participation in the Coastal Clean Up Drive aimed at increasing public awareness about the hazardous impact caused by plastic and the danger to ecological balance from deteriorating ocean health.

Commenting on the initiative Mr. Rajiv Agarwal, Operating Partner (Infrastructure), Essar and Managing Director, Essar Ports said, “Our contribution and participation in this largest coastal cleanup drive furthers our commitment towards the protection of our environment. As a company, we are cognizant about preserving coastal and marine habitats to save some of the most productive, yet threatened, ecosystems in the world. Essar Ports and Essar Shipping has been associated with Indian Coast Guard for the last 10 years in driving such ocean clean-up activities. We urge each and every individual to take responsibility to minimize litter and improving coastal and ocean health”

This first-of-its kind campaign, also created a behavioural change among the masses intending to create awareness about the devastating impact of plastic usage on marine life and to marine litter.

Essar Ports has been a pioneer in investing in technologies and developing environment friendly and efficient handling systems. The company’s fully mechanised eco-friendly infrastructure delivers a performance which can be benchmarked with the best across the globe.

Essar Ports is one of India’s largest private sector port and terminal developers and operators. It has invested Rs 11,000 crore in developing world-class terminals in three Indian states. Its current operations span four terminals with a combined capacity of 110 MTPA, which is roughly 5 percent of India’s port capacity. The Company is a leader in the non-containerised bulk cargo space.

All Essar Ports terminals are equipped with advanced cargo handling infrastructure and are well poised to double capacity in the near to medium term. The Company is working in tandem with the Government of India to meet its ambitious target of becoming US $5 billion economy.

Outside India, Essar’s ports business operates an oil terminal in Stanlow, United Kingdom, and has a coal berth in the development stage at Mozambique’s Beira port.