Taskmo, an on-demand gig talent discovery platform, today revealed the first edition of the Taskmo Gig Index (TGI), a tool to measure the demand and supply for gig work across India. 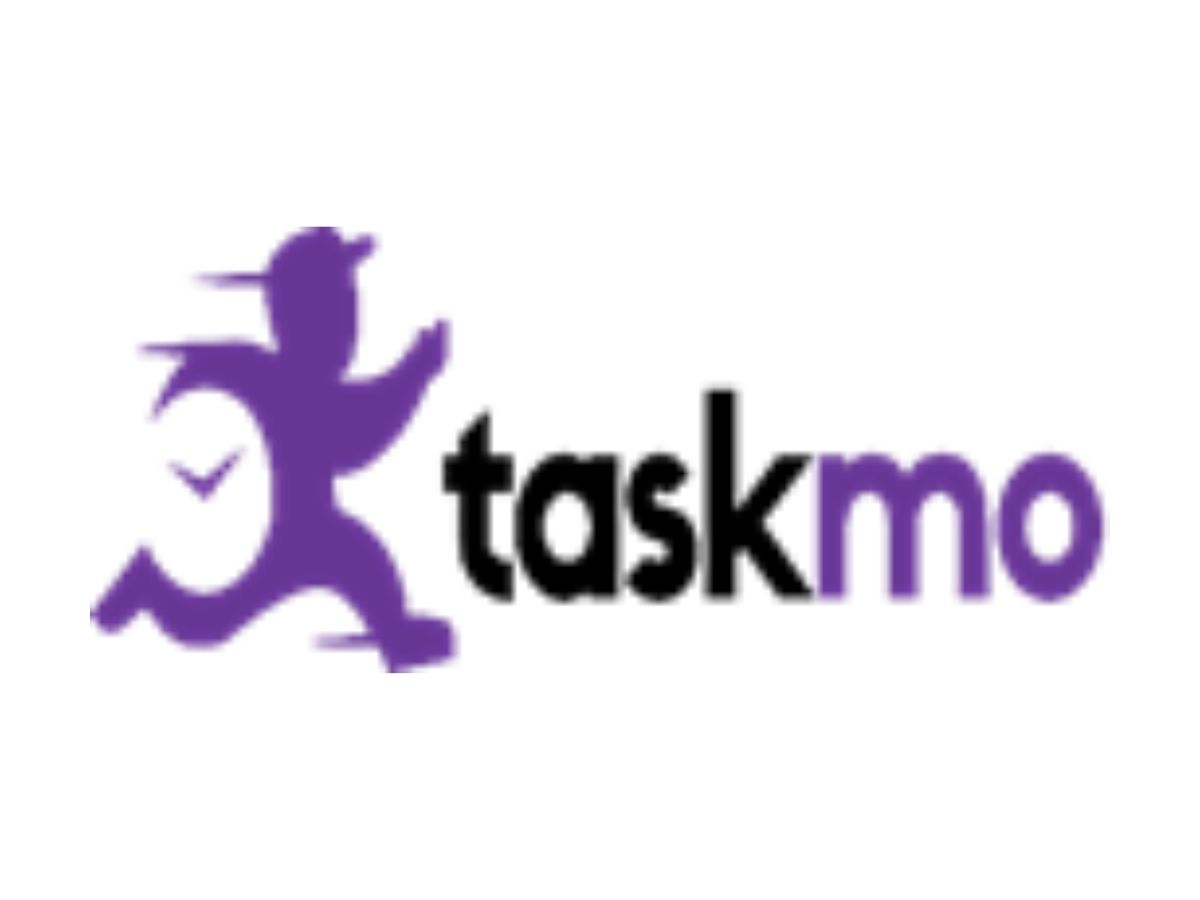 Mumbai: Taskmo, an on-demand gig talent discovery platform, today revealed the first edition of the Taskmo Gig Index (TGI), a tool to measure the demand and supply for gig work across India.  According to the Index, hiring demand for gig workers continues to grow at a rapid pace in the post-pandemic employment market, with the highest demand being recorded for sales and marketing roles.

The first Taskmo Gig Index report details various trends in the gig jobs for the period between Jan 22- May 22.While digital transformation spurred by the global pandemic is constantly rewriting the marketing scenario, Indian companies are increasingly on the lookout for gig workers to fulfil roles in business development, field sales, last-mile delivery, digital promotion, brand promotion, and micro-influencers. Overall, the demand for marketing and sales jobs has seen a triple-digit growth, according to the newly created gig index.“With the adoption of WFH and flexible models of working, there has been a vast expansion in the kind of jobs made available to workers and companies. One such model is the gig, which is today widely adopted by organisations across India. The Taskmo Gig Index (TGI) has been initiated to form a broad and comprehensive analysis of job opportunities and trends around the gig marketplace in India,” says Lohit Bhatia, President, Workforce Management, Quess Corp limited.

As per the TGI, The number of active gig workers registered on the platform in May is 60,000, marking a 15.38% growth in the workforce joining the gig economy compared to the previous month. Additionally, the Index reflects a 50% growth in active gig workers on the platform in the past five months. The Index has observed a similar trend in the number of gig job opportunities, where the platform completed around 10,000 allocated tasks daily and 3,00,000 allocated tasks monthly in the past five months. It is also promising that top recruiters have strengthened their roots across Tier-2 and Tier-3 cities such as Pondicherry, Mirzapur, Patna, Jabalpur, and Kanpur, which are picking up their way to gig jobs. In contrast, metro cities continue to maintain the growth momentum for gig workers.

The much spoken about social security rights and flexible payment options for the gig workers are reflected in the Taskmo Index with a majority of taskers (49.5%) preferring monthly payments while 28% of the economy opt for daily payouts based on completed tasks. A minority of 22.5% workers cashed their payments on a weekly basis.

Commenting on the growing demand for gig jobs, Prashant Janadri, Co-Founder, Taskmo said, “Gig is the newest trend in the employment market and today we see its expansion across each and every industry in the country. Over the last two years, rapid tech advancements followed by the introduction of flexible work models have created an evolution in the gig economy at large. Now we see every other company promoting gigification of traditional job roles. Furthermore, we have seen that emerging segments in gig are largely dominated by Millennials and Gen Z today.”

The growing gig segment has come a long way and brought in economic benefits of productivity and employment in the Indian economy. Amid worries over start-up layoffs, funding crunch, and shutdowns, Taskmo witnessed a surge in demand for gig workers across Quick commerce (300%), Healthtech (250%), Fintech (200%), and E-commerce (198%) sectors.

Quick Commerce segments, which include the delivery of grocery and everyday essentials, continue to exhibit steep demand for gig workers with a growing number of established players scaling up their hiring especially across top cities. Tech-based segments have also seen considerable demand in line with rapid digitization and robust growth of Healthtech, Fintech, and Foodtech industries. FMCG (up 17.65%) saw moderate demand for gig jobs this month as compared to the previous month. (May vs April, 2022)

City-specific data indicates that the demand for gig work across Tier-1 cities saw an overall 33% growth month-on-month. While cities such as Hyderabad (45%), Mumbai (45.45%), Delhi (32%), Bangalore (25%), and Chennai (23.4%) saw maximum growth, demand across Tier 2 cities such as Indore (59%), Bhopal (22.4%) and Pune (20%) were almost at par with the metros. Tier-2 and Tier-3 cities have noted improved demand for gig given that companies are expanding their geographical footprint beyond metros by setting up secondary offices in smaller towns. Recruiters are also going the extra mile to attract workers from smaller cities through a tech-driven approach, providing multi-language support, job tracking and monitoring solutions, as well as ease of payments. Moreover, location is no longer a deal breaker as many jobs today can be done remotely, which is also in line with the workers' preferences. Other cities such as Coimbatore and Mysore noted hiring demand of 17% and 16% respectively. Across Tier 3 markets, Shivamogga (10%), Vadodara (11.11%), and Hubballi (11.11%) have shown moderate hiring demand for gig workers.

On the back of growing marketing and sales across segments, job profiles such as Business Development Executives (500%), Field sales executives (374%), Digital Promoters (200%), Brand Promoters (75%), and Micro Influencers (50%) have seen huge spike in demand for the gig segment. With the post pandemic reset, more and more companies are hiring freelancers for such job roles in the hopes of meeting their yearly targets. Last Mile Delivery Executives also witnessed a remarkable 302% increase in demand over the past month, while demand for Tele-callers increased by 247%.

It is interesting to note that Millennials and Gen Z (19-25 years) make up 48% of the gig workforce today indicating that the youth in India are rapidly moving towards freelancing and gig jobs with a preference for flexible work schedules. The age group of 26-40 years hold a 32% share in the gig economy, while gig workers in the age group of 41-60 make up only 20% of the overall pie.

Furthermore, while women consist of only 28% of this segment, gig continues to be a flexible model of work for India’s working women who are able to pick their jobs based on their area of interest, location, availability and experience. Women have been majorly employed in roles related to Customer support, Content monitoring & moderation, Tele-sales, and Audits & Surveys.

The Taskmo Gig Index  (TGI) is a extensive and wide-ranging analysis of gig job posting activity conducted by Taskmo. Based on a real-time review of the demand and supply for gig work across India, The Index report details various trends in the gig jobs across sectors and occupation.  It also highlight the development in the gig economy as per the demographic dividend, work model trend and workforce age-group.

Period for the report

Taskmo, Quess Corp backed startup and India’s largest gig discovery platform, helps large corporates, brands, and start-ups across the industries by providing gig workers to perform various tasks. Its mission is to digitise gig jobs for the next half a billion internet users.

Taskmo uses artificial intelligence and a unique algorithm to help gig workers find digital & hyperlocal tasks on their platform. Its robust tech stack provides real-time visibility for businesses to track tasks and enables trained gig workers to find work nearby. The platform also provides training and upskilling courses to gig workers so as to ready them for various tasks. Its services are also available across many regional languages.

Taskmo has successfully completed 1 million+ tasks with the help of over 7,50,000 gig workers in the year 2021. Their clients range from start-ups to Fortune 500 companies including Amazon, Flipkart, Tata Group, Reliance, Paytm, Byju’s, Uber, Ola, Swiggy, Zomato, SBI, Airtel, ITC, Bharatpe, Phonepe, and BigBasket among others. Taskmo is currently serving across 4,000 pin codes in the country.