Electric vehicle Charging Stations are to be provided by the developer as part of the Wayside Amenities (WSAs) being awarded by the National Highways Authority of India (NHAI). 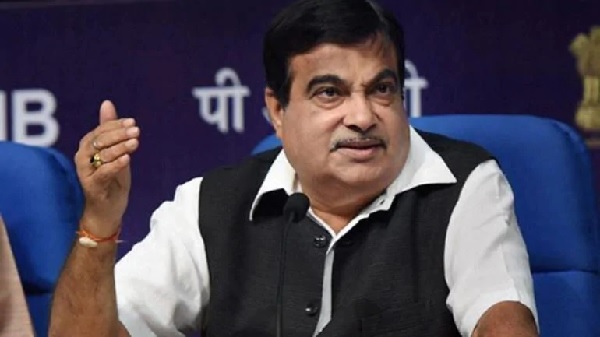 New Delhi: Union Minister for Road Transport and Highways, Shri Nitin Gadkari today in a written reply in the Rajya Sabha mentioned the steps taken by the Ministry of Road Transport & Highways for the adoption of electric vehicles and the use of alternative fuels in the last two years are as under:

The Ministry of Road Transport and Highways vide GSR 525(E) dated 2nd August 2021 has exempted battery-operated vehicles from the payment of fees for the purpose of issue or renewal of registration certificate and assignment of the new registration mark.

The Ministry of Road Transport and Highways has issued an advisory dated 12th August 2020 to all States and UTs regarding the sale and registration of Electric Vehicles without batteries.

The Ministry of Road Transport and Highways has notified various rules/regulations relating to the mass emission standards of M85 (Methanol 85) and Di-Methyl Ether (DME or D100) Vehicles, Hydrogen fuel cell vehicles,  Hydrogen CNG,  Ethanol 12, Ethanol 15, and Ethanol 20 and safety roadmap for ethanol and its blend with gasoline.

Electric vehicle Charging Stations are to be provided by the developer as part of the Wayside Amenities (WSAs) being awarded by the National Highways Authority of India (NHAI). NHAI has already awarded 39 such facilities and the proposals for 103 such sites are at the bidding stage. Further, additional WSA sites, as and when identified by the Authority, would also be put up for bidding. The works which have been already awarded are expected to be completed by the end of FY 2022-23.

In order to facilitate EESL in the above prospect, NHAI has signed an MOU with EESL. As per this MoU, NHAI shall provide space/land near the toll plazas and its buildings for installation of Electric Vehicle Charging Stations, based on revenue sharing model. The space/land for the same shall be provided to EESL at no-cost basis for a duration, as decided by NHAI. This would not only assist in promoting clean/green energy and conserving the environment but could also be a source of revenue for NHAI.

Further, the Ministry of Power, vide memorandum dated 14th December 2018, has published guidelines and standards for the charging infrastructure of electric vehicles, which are available on [www.powermin.nic.in]. These guidelines have been revised on 01.10.2019. These guidelines stipulate the requirements regarding density/distance between two charging points and specify the priorities for rolling out of electric vehicle public charging infrastructure.

Nitin Gadkari inaugurates, lays foundation stone for 821 km of NH in UP