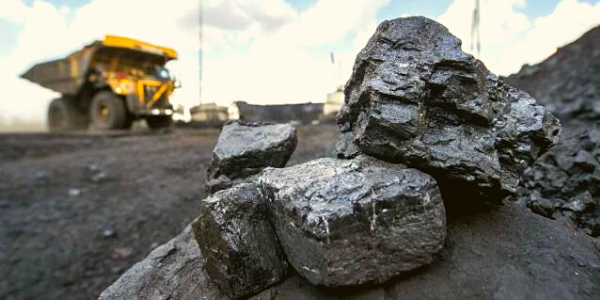 New Delhi: The Central Bureau of Investigation and Income Tax (IT) department has found certain bureaucrats, Eastern Coalfields officials, and some politicians in allowing illegal coal mining, tightening the noose around those involved in these operations.
CBI mentioned that the home ministry restricts all the flows of political funding from illegal sources, therefore CBI and Income tax department will take action against the illegal miners.
This illegal coal mining was carried out in Eastern Coalfields in the Sultanpur, Pandebeswar, Kajora, Sripur, JK Nagar, Kurustoria, Khaskenda, Neokonda, Harishpur, and Haripur areas.
The names are coming up and a CBI source said that it has been traced the illegal  illegal mining channeled to the bank accounts of some IPS officers’ family. Around 80 percent per month goes into political funding.
The I-T department, after raiding the office of Anup Majhee the current kingpin of illegal coal mining at Nituria in Purulia a few weeks ago, had established his links with cross-border cow smuggling. Accordingly the CBI nabbed the cattle smuggling king pins, Enamul Haque and Anarul Seikh followed by the arrest of Satish Kumar, a BSF commandant, alleged to have facilitated cattle smuggling.
(With the inputs of FE)

New Delhi: The Finance Ministry and Infosys have held discussion with tax professionals, other stakeholders and Infosys on issues in the new Income Tax Portal. The new e-filing portal 2.0 of the Income Tax Department (incometax.gov.in) went live on June 07, 2021.   Since the launch of the
Posted Date :  24-06-21

New Delhi: Delhi Metro Rail Corporation issues a statement, keeping the current COVID19 situation in mind, daily long queues have been observed outside metro stations as entry to the stations is regulated due to restrictions on the number of passengers to be allowed inside the train.  &
Posted Date :  24-06-21