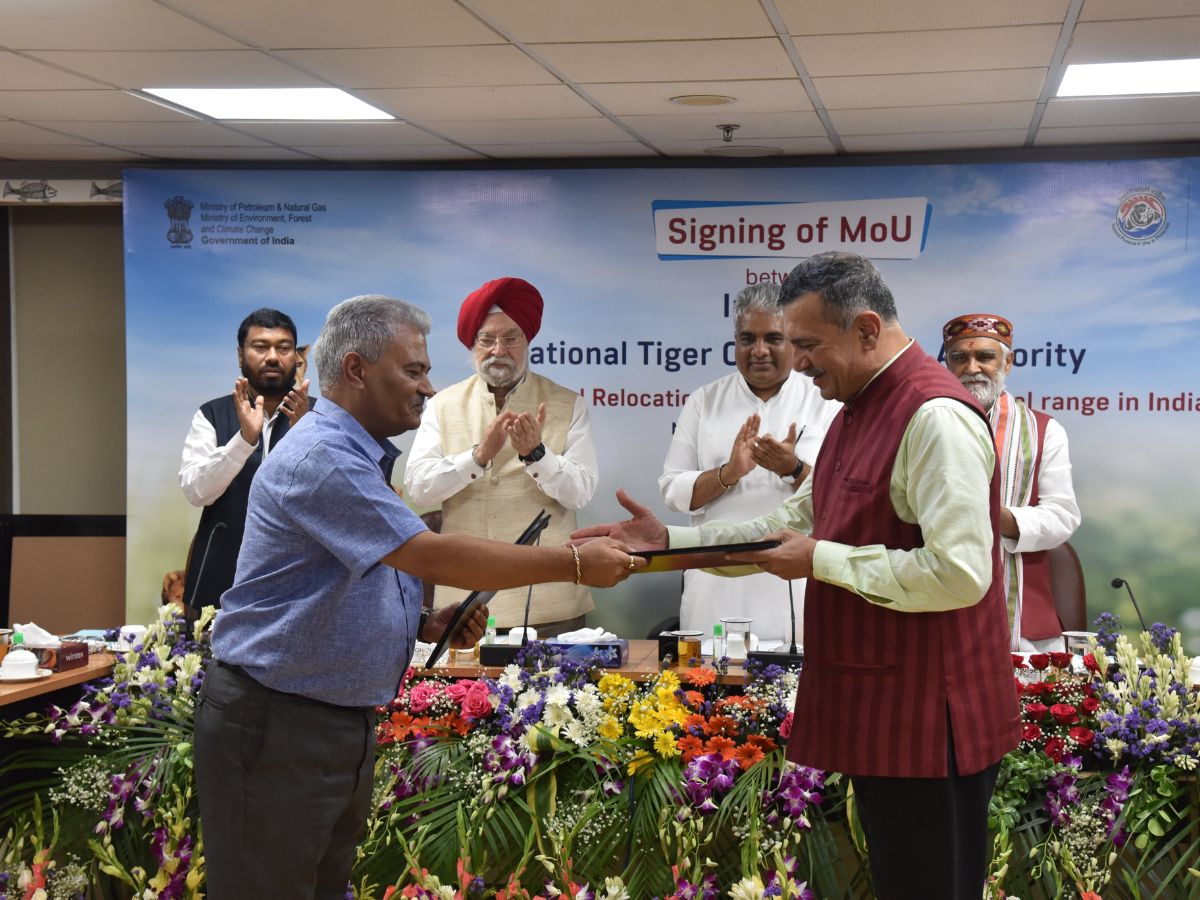 This is in continuation with the MoU signed on 20th July 2022 between the Government of India and the Government of the Republic of Namibia on wildlife conservation and sustainable biodiversity utilization, for establishing the cheetah into the historical range in India. Indian Oil will be contributing Rs.50.22 crore in 4 years for the project components viz. Cheetah Introduction, its Habitat Management & Protection, Eco Development, Staff Training and Veterinary Healthcare.

Indian Oil is the first corporate which has come forward to support the “Project Cheetah” under CSR, as the project has not only national importance but is also essential for balancing the ecosystem. Cheetah has a very special significance for the national conservation ethic and ethos. Understanding this, Indian Oil is aiding the cause of bringing the Cheetah back to India, which would have equally important conservation ramifications. Cheetah restoration will be part of a prototype for restoration of original cheetah habitats and their biodiversity, helping to stem the degradation and rapid loss of biodiversity. This project is in sync with Indian Oil's strong environmental conscience and aligns with the company's focus on conserving India's natural habitat and heritage. It may be noted that Indian Oil adopted Indian Single Horned Rhino as its mascot last year and, since then, has been at the forefront of India's Rhino conservation endeavors.

Under this project, a source population of 8-10 Cheetahs will be flown in from Namibia and South Africa and will be introduced at Kuno National Park, Madhya Pradesh. It is a national project involving National Tiger Conservation Authority (NTCA), Govt. of India and the State Govt. of Madhya Pradesh.

NTCA is the nodal agency authorized by MoEF&CC for funding, supervision and hand holding. Indian Oil will contribute its CSR funds to NTCA, which shall co-ordinate with the State Govt. of Madhya Pradesh and other agencies involved in the project.

The Cheetah introduction project in Kuno National Park involves creating a 500-hectare predator proof enclosure for a ‘soft release’ of the feline. Introduction would commence in a phased manner with few individuals after construction of the soft release enclosure and augmentation of protection, while other actions are under way. The first batch of Cheetah would be soft released in the enclosure with GPS / GSM or GPS / Satellite transmitters.