During the meeting, discussions were also held about upcoming projects like Dibang & other projects in Siang Basin. 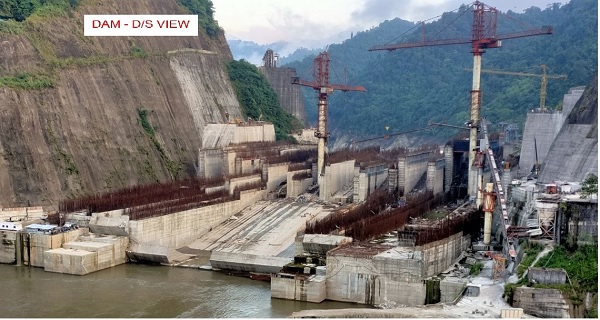 The representatives wished CMD, NHPC a Happy New Year & also held discussions on the progress of the Project & extended their full support for its timely completion. CMD, NHPC share the Project's benefits & discussed NHPC's role in development in India & particularly in Arunachal Pradesh.

The local representatives requested NHPC to carry out more developmental activities in their area. During the meeting, discussions were also held about upcoming projects like Dibang & other projects in Siang Basin.

ABOUT PROJECT: Subansiri Lower HE Project is the biggest hydroelectric project undertaken in India so far and is a run of river scheme on the river Subansiri. The Project is located near North Lakhimpur on the border of Arunachal Pradesh and Assam. The nearest railhead is Nagaon and the nearest airport is Lilabari / Dibrugarh. The estimated annual energy generation from the Project is 7421.59 MU in a 90% dependable year.