Through AGC, POSOCO sends signals to power plants every 4 seconds to maintain frequency and reliability of Power System 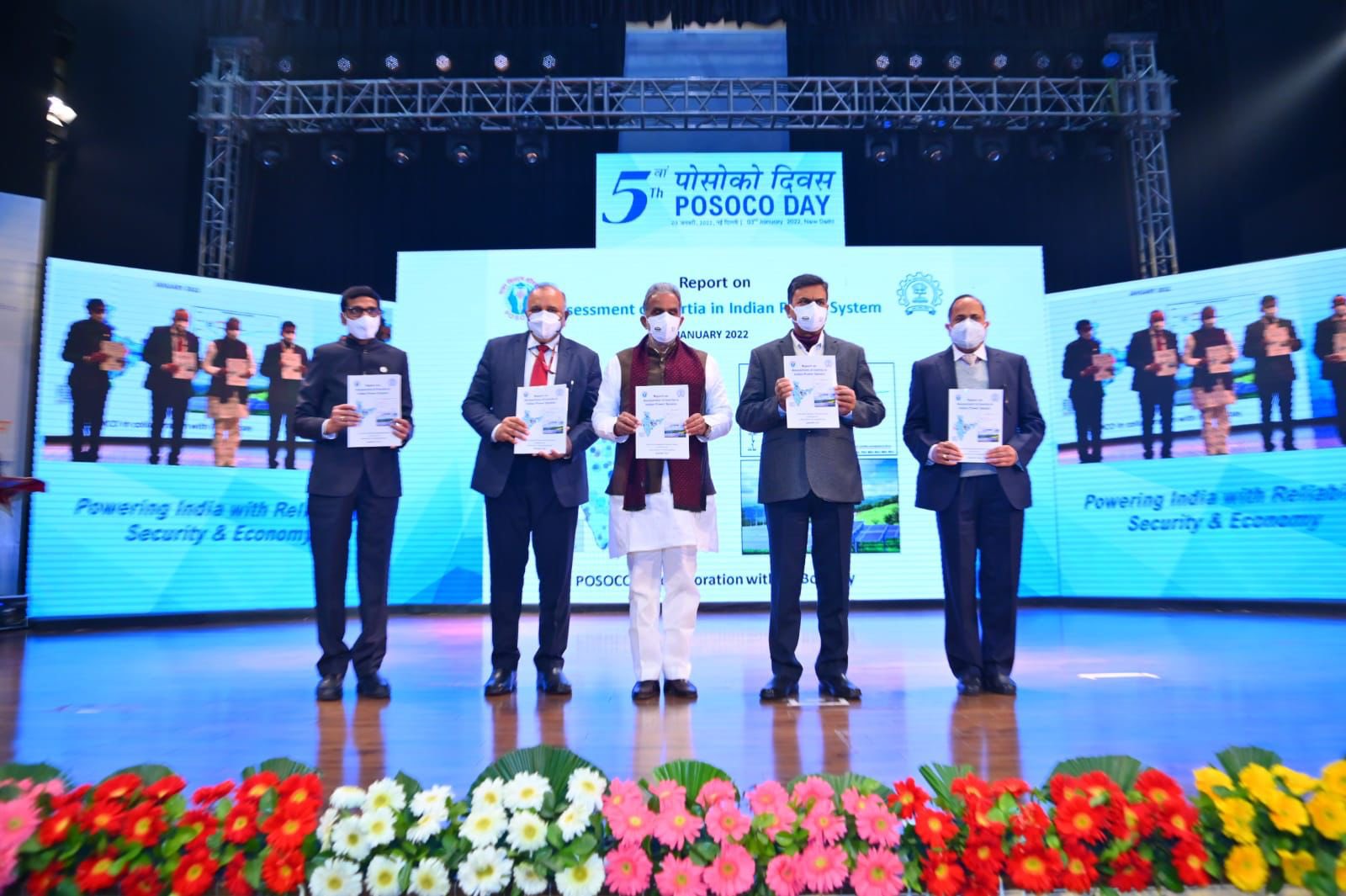 New Delhi: Minister of Power and New & Renewable Energy Shri R.K. Singh on Monday dedicated Automatic Generation Control (AGC) to the nation which will facilitate the target of achieving the government’s ambitious target of 500 GW non-fossil fuel-based generation capacity by 2030. The AGC is being operated by Power System Operation Corporation (POSOCO) through National Load Despatch Centre.

While speaking on the 5th POSOCO Day, Shri R.K. Singh said, “I am happy that India is getting ready for integration of large-scale variable & intermittent renewable sources and one of the major tools for enabling the frequency control is AGC. Under the POSOCO’s AGC project, till date 51 GW of generation capacity across all five regions is operational. This is a significant milestone in improving the resilience of the Indian Power System manifolds.”

Through AGC, NLDC (National Load Despatch Centre) sends signals to more than 50 power plants in the country every 4 seconds to maintain the frequency and reliability of the Indian Power System. This will ensure more efficient and automatic frequency control for handling variable and intermittent renewable generation.

Shri R.K. Singh, also released a report titled “Assessment of Inertia in Indian Power System” which has been prepared by POSOCO in collaboration with IIT Bombay. Considering the aggressive target of integrating RE capacity in India, POSOCO instituted a study in collaboration with Indian Institute of Technology, Bombay, to review the global best practices in respect of estimation, measurement and monitoring of Power System inertia and evolve a methodology for the same in the context of Indian Power System.

Talking about challenges of Indian Power System, Shri Singh said, “POSOCO has to brace up for challenges of the future, in our national goal of transition to cleaner energy. The dynamics in the Indian Power Sector are multifold, ranging from the changing fuel mix, penetration of renewables, the proliferation of distributed energy resources, and the challenge to deepen system security and resilience.”

“Power sector is transforming. There is a need of balancing grid operations as renewables are evolving as a greater challenge. We have penetration of solar even in agriculture sector. Substantial part of the consumption will be generated by consumers through renewables. We will see even industries switching to renewables as tariff of industries is higher than consumers’. We need to come up with mechanism to balance this all,” he said.

Shri Singh said, "We together have changed the Power Sector. We have transformed our country from deficit to surplus. We have connected whole country to one grid. And now we can transfer 112 GW from one region to another. We connected whole country to one market. Now the power can be generated anywhere and consumed anywhere. Now there is no question of any area being power-deficit.”

“As demand catches up with existing capacity, POSOCO won’t have luxury to have surplus at hand, therefore POSOCO should have reserves through ancillary services.” In respect of quality institution for system operation at State level, the Hon’ble Minister said that there has to be system of compulsory certification.

On this occasion, Shri Krishan Pal Gurjar, Minister of State for Power said, “POSOCO is contributing to the formation of the South Asian Grid for effective utilization of resources between neighbouring countries (Bhutan, Nepal, Bangladesh and Myanmar) under its jurisdiction. Over the years, POSOCO has successfully operated the Indian Electricity Grid with a focus on efficiency, reliability, safety and fairness, despite the challenges posed by the COVID-19 pandemic.” “Various apps like Vidyut Pravah, Merit, etc. developed by POSOCO are being used for dissemination of real-time information about Indian Power System in public domain for bringing transparency in electricity market operation,” he said.

The event was attended by various distinguished officials from the MOP, MNRE, RPC, NLDC, RLDCs and SLDCs through hybrid mode.

POSOCO Day is observed on 3rd January to commemorate its independent functioning that began on 3rd January 2017, under Ministry of Power as one of the Power PSUs after separating from POWERGRID as its subsidiary organization. It is responsible to ensure the integrated operation of the Grid in a reliable, efficient, and secure manner. It consists of 5 Regional Load Despatch Centres (RLDCs) and the National Load Despatch Centre (NLDC).