The Reserve Bank canceled the licence of the bank because they do not have adequate capital and earning prospects. 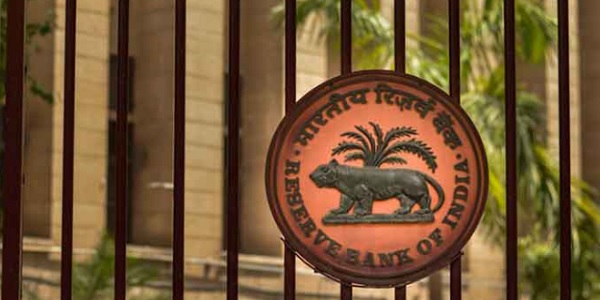 Maharashtra: The Reserve Bank of India (RBI) has, vide order dated December 7, 2020 cancelled the licence of The Karad Janata Sahakari Bank Ltd., Karad, Maharashtra to carry on banking business, with effect from from the close of business on December 7, 2020. The bank was under All Inclusive Directions since November 07, 2017. The Commissioner for Cooperation and Registrar of Cooperative Societies, Maharashtra has also been requested to issue an order for winding up the bank and appoint a liquidator for the bank.
The Reserve Bank cancelled the licence of the bank because they does not have adequate capital and earning prospects. As such, it does not comply with the provisions of section 11(1) and section 22 (3) (d) read with section 56 of the Banking Regulation Act, 1949.
The bank has also failed to comply with the requirements of section 22(3) (a), 22 (3) (b), 22(3)(c), 22(3) (d) and 22(3)(e) read with section 56 of the Banking Regulation Act, 1949, the continuance of the bank is prejudicial to the interests of its depositors.
The bank's present financial position would be unable to pay its present depositors in full and Public interest would be adversely affected if the bank is allowed to carry on its banking business any further.
Consequent to the cancellation of its licence, The Karad Janata Sahakari Bank Ltd, Karad, Maharashtra is prohibited from conducting the business of ‘banking’ which includes acceptance of deposits and repayment of deposits as defined in Section 5(b) read with Section 56 of the Banking Regulation Act, 1949 with immediate effect.
With the cancellation of licence and commencement of liquidation proceedings, the process of paying the depositors of The Karad Janata Sahakari Bank Ltd., Karad, Maharashtra as per the DICGC Act, 1961 will be set in motion. On liquidation, every depositor is entitled to repayment of his/her deposits up to a monetary ceiling of Rs 5,00,000/- (Rupees Five lakh only) from the Deposit Insurance and Credit Guarantee Corporation (DICGC) as per usual terms and conditions. More than 99% of the depositors of the bank will get full payment of their deposits from DICGC.

New Delhi: Yes Bank's great initiative for Micro, Small and Medium Enterprises (MSME) to strengthen them, the ban launches YES MSME which will facilitate speedy and easy access to funds.  Yes Bank said, the YES MSME is focusing on the supporting values which expand the growth of MSM
Posted Date :  21-01-21

New Delhi: SBI, ICICI Bank, and HDFC Bank continue to be identified as Domestic Systemically Important Banks (D-SIBs), under the same bucketing structure as in the 2018 list of D-SIBs. The additional Common Equity Tier 1 (CET1) requirement for D-SIBs was phased-in from April 1, 2016, and became full
Posted Date :  21-01-21