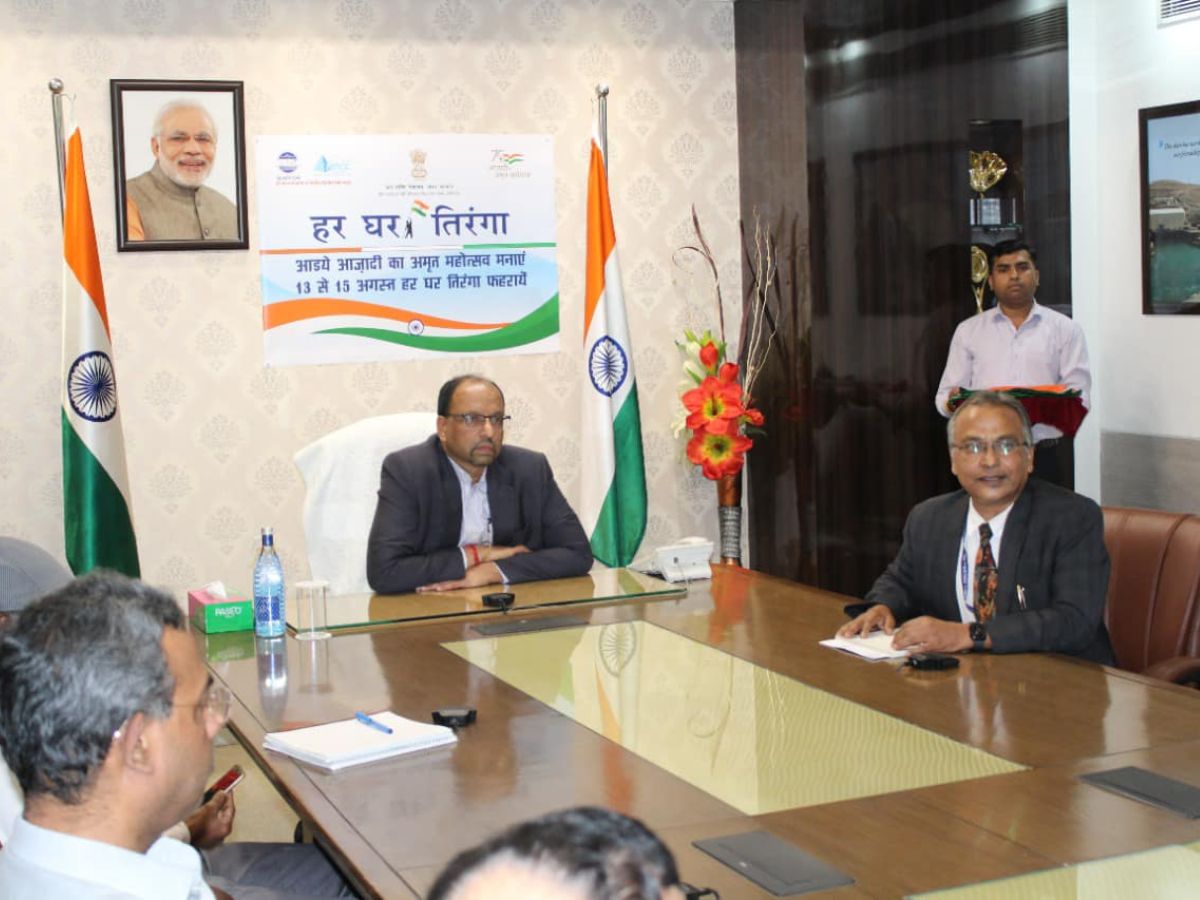 New Delhi: Hon’ble Prime Minister launched the “Har Ghar Tiranga” Campaign as part of “Azadi Ka Amrit Mahotsav” to inspire every Indian to hoist the National Flag at their home and to invoke the feeling of patriotism in the hearts of the citizens. Under the guidance of Hon’ble Minister of Jal Shakti, WAPCOS is actively participating in this Campaign.

In this regard, an event was organized on 5th August under the chairmanship of Mr. R. K. Agrawal, CMD and attended by Mr. Anupam Mishra, Director (C&HRD), Mr. Anupam Chandra, CVO and other senior officers and staff of WAPCOS.

CMD, WAPCOS expressed his views regarding significance of the Campaign and encouraged everyone to hoist the National Flag at their home from 13th to 15th of August, 2022. Other officers also shared their views about the Campaign and journey of Independent India. Followed by the discussions, CMD, WAPCOS distributed the National Flags to the employees.