The Power Grid Corporation of India Limited, is an Indian state-owned electric utilities company headquartered in Gurugram, India. POWERGRID transmits about 50% of the total power generated in India on its transmission network.

The Power Grid Corporation of India Limited (POWERGRID), (NSE: POWERGRID, BSE: 532898) is an Indian state-owned electric utilities company headquartered in Gurugram, India. POWERGRID transmits about 50% of the total power generated in India on its transmission network. Its former subsidiary company, Power System Operation Corporation Limited (POSOCO) handles power management for National Grid and all state transmission utilities. POWERGRID also operates a telecom business under the name POWERTEL. I S Jha, an alumnus of National Institute of Technology, Jamshedpur serves as the Chairman and Managing Director of the company.
Power Grid Corporation of India Limited (POWERGRID) was incorporated on 23 October 1989 under the Companies Act, 1956 with an authorized share capital of Rs. 5,000 Crore (subsequently enhanced to Rs. 10,000 Crore in Financial Year (FY) 2007-08) as a public limited company, wholly owned by the Government of India.
Its original name was the 'National Power Transmission Corporation Limited', and it was charged with planning, executing, owning, operating and maintaining high-voltage transmission systems in the country. On 8 November 1990, the National Power Transmission Corporation received its Certificate for Commencement of Business. Their name was subsequently changed to Power Grid Corporation of India Limited, which took effect on 23 October 1992.
POWERGRID started functioning on management basis with effect from August, 1991 and subsequently it took over transmission assets from NTPC, NHPC, NEEPCO, NLC, NPC, THDC, SJVNL etc. in a phased manner and it commenced commercial operation in 1992-93. In addition to this, it also took over the operation of existing Regional Load Despatch Centers (RLDCs) from Central Electricity Authority (CEA), in a phased manner from 1994 to 1996, which have been upgraded and modernized with State of-the-art Unified Load Despatch and Communication (ULDC) schemes. Consequently, National Load Despatch Centre (NLDC) was established in 2009 for overall coordination at National level.
According to its mandate, the Corporation, apart from providing transmission system for evacuation of central sector power, is also responsible for Establishment and Operation of Regional and National Power Grids to facilitate transfer of power within and across the Regions with Reliability, Security and Economy on sound commercial principles. Based on its performance POWERGRID was recognized as a Mini-ratna category-I Public Sector Undertaking in October 1998 and conferred the status of "Navratna" by the Government of India in May 2008. POWERGRID, as the Central Transmission Utility of the country, is playing a major role in Indian Power Sector and is also providing Open Access on its inter-State transmission system. 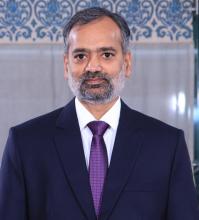 New Delhi: PowerGrid Infrastructure Investment Trust (“PGInvIT”/ “Trust”) sponsored by PowerGrid Corporation Limited is one of the biggest public issues in 2021.  The Initial Public Offer of PGInvIT opened on April 29, 2021, and closed on May 3, 2021. The Initial Publ
Posted Date :  25-12-21

PowerGrid declared Interim Dividend at its board meeting

New Delhi: Powergrid Corporation Limited today in its Board meeting held today on December 15, 2021, in terms of Regulation 30 and 43 of the SEBI (Listing Obligations and Disclosure Requirements) Regulations, 2015, have approved the payment of Interim Dividend of Rs. 7.00 per equity share of Rs. 10/
Posted Date :  15-12-21

New Delhi: PowerGrid Corporation Limited ranked 44th among Fortune India 500 Companies in 2021. The Fortune India 500 is a ranking of the top 500 corporations in India compiled on the basis of the latest sales and gross revenue figures. The list is published annually by Fortune magazine. Fortune
Posted Date :  02-12-21

New Delhi: Power Grid Corporation of India Limited (POWERGRID) has provided financial assistance of Rs 3.5 crore for relief, rehabilitation, and restoration work in the disaster-hit areas of Uttarakhand under its CSR initiative.  This amount is part of the total CSR assistance of Rs 22.
Posted Date :  24-11-21

New Delhi: Shri Naresh Kumar, Sr GM (Corporate Communications), POWERGRID is no more. He was admitted to Fortis hospital 2 days back for a blood sugar-related issue. He was past chairman of PR Society, Delhi. Shri  Naresh Kumar was an energetic, dynamic person and capable of managing a giant
Posted Date :  13-11-21

New Delhi: Power Grid Corporation of India Limited is an Indian statutory corporation under the jurisdiction of the Ministry of Power on Tuesday, Oct 12 states that the corporation is ready to invest in an electric vehicle charging station. The PGIL board in meeting declared the Rs 14.23 crore inves
Posted Date :  13-10-21

Patna: Power Grid Corporation of India Limited (POWERGRID), a Maharatna CPSU under the Ministry of Power, Government of India is celebrating Bharat ka Amrit Mahotsav with great enthusiasm across the country. A Fit India Freedom Run 2.0 was organized for all employees posted at RHQ Patna on September
Posted Date :  24-09-21

New Delhi: Power Grid Corporation of India Limited (POWERGRID), has laid the foundation stone for first ever Electric Vehicle Charging Station (EVCS) in the state of Meghalaya at its office complex yesterday at Lapalang, Shillong. The EVCS are being developed under Faster Adoption and Manufacturi
Posted Date :  04-09-21